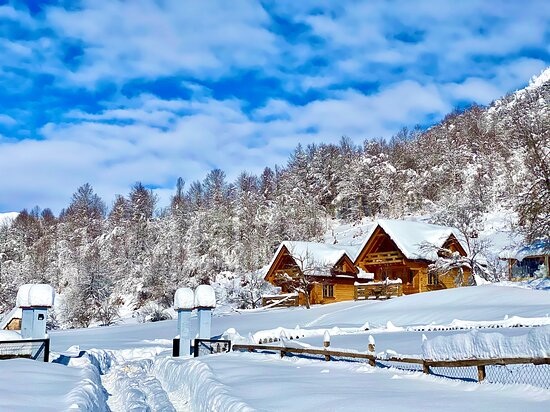 Lepusha is probably the most sought after northern destination in Albania after Valbona and Thethi and is located 10 km further from Vermoshi. It is not much to say that because of the relief it has, Lepusha is compared to the Swiss Alps.

Do you want to know more? This article will help you get a better idea of what Lepusha offers.

How to get there

Lepushë village, which rises to 1200 m above sea level. Its name derives from a herbaceous plant with yellow flowers, called Lepushtra (Caltha palustris), which grows mostly in the village. The village consists of 4 groups of houses, which lie in two watersheds: in that of Vermosh and in that of Cemi, at an altitude of over 1260 m. The most striking contrast here is the alpine landscape of the Shebenik block in the Namuna Mountains with that of the other surrounding mountains with 5,297 ha of green pastures and forests.

The village is always bathed by the stream called Sheu i Lepushës. It snows so much in winter that its thickness has reached up to 425 cm, the highest in Albanian settlements.The first inhabitants settled in Lepushë at the beginning of the XX century. They came from Vukli and Nikçi. The main branch of the economy is livestock and potato cultivation. Artisanal wood processing is another source of help for the economy of the inhabitants.

If you are willing to hike, keep in mind that the terrain is meadowy and you have water sources in 2 spots. In the first spot, you will see a very beautiful waterfall in a forest:

In the second week of August, “Logu i Bjeshkes” is organized to the place called Qafa e Perdelecit in Lepushe. This is a folk festival for the northern part of Albania with many visiting artists from Albania, Kosovo and Montengro who come to show their skills. There is also a beauty contest where girls, dressed in traditional clothing, come to their country of origin from Western Europe and the United States. While “Logu I Bjeshkes” has been a traditional event of the area since ancient times, it has now become the most important cultural festival for the Kelmend area, gathering thousands of people each year. This celebration is usually combined with a local product fair.

In Lepushë there are trade units and inns. Lepusha is a wonderful place with potentials for the development of mountain tourism for mountaineering, snowshoeing, flora recognition, wildlife hunting, etc. The beautiful nature, the hospitality of the people and the delicious ocal food will make a visit to this area an unforgettable experience.