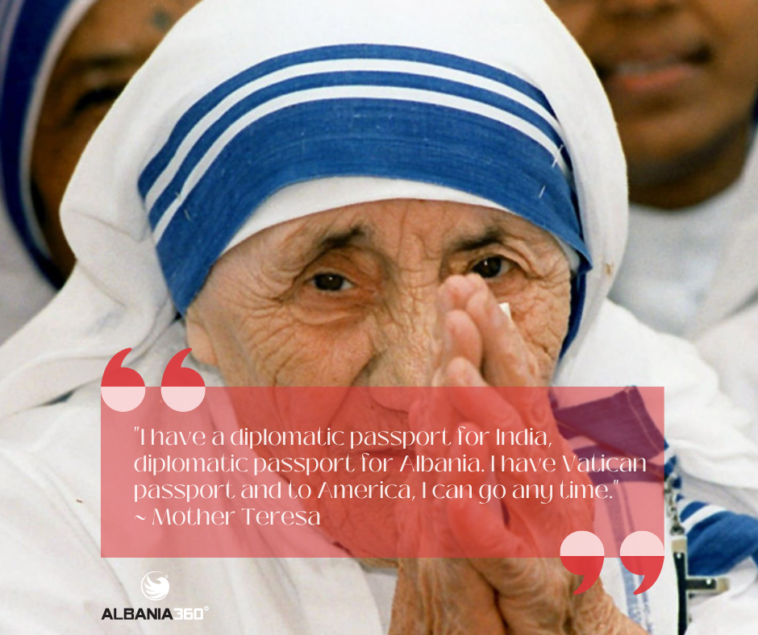 Albania is a country that inspires you from the first time you visit it.

The rare beauty of nature, the pristine beaches, the rugged Alps, the green forests and so many old and romantic cities that evoke positive feelings for every visitor. Not only Albanian writers and poets have written about it, such as the well-known and translated into many languages of the world Ismail Kadare, but also famous celebrities of Albanian origin such as Mother Teresa, Eliza Dushku, Jim Belushi, etc.

Albania is a place to be missed, as many of them say, not only for the country, but more for the generous and hospitable people who open their doors to anyone.

Here you will find 17 beautiful and inspiring quotes about Albania. 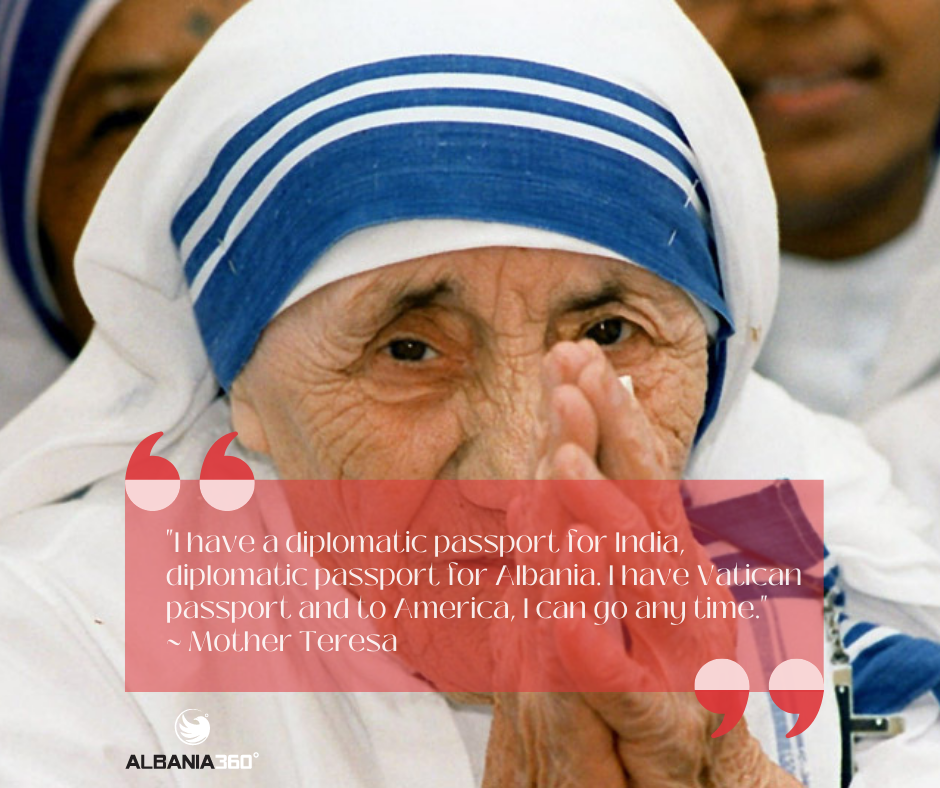 2. “Like, back in Albania, all my cousins sing, they play the drums, they play guitar, it’s like… a thing!” ~ Ava Max 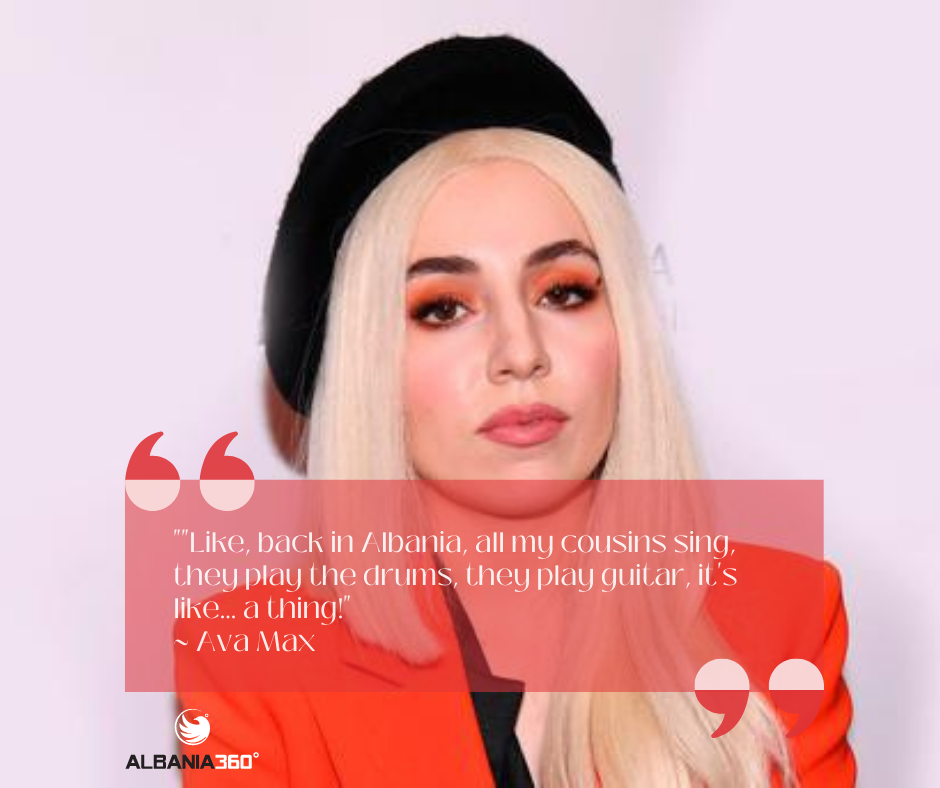 3. “True beauty is knowing who you are and believing in yourself. Happy people know their purpose, have courage to fight for it and strength to keep going.” ~ Rita Ora 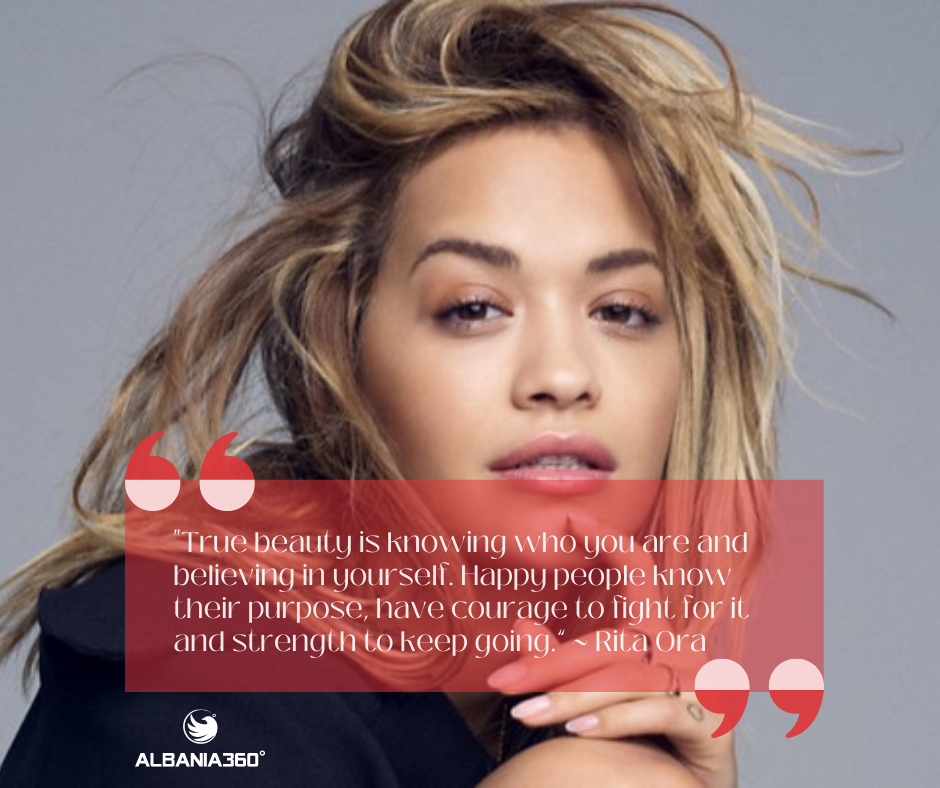 4. “If I manage to write something that I consider good and valuable in a particular place, that spot automatically has a special aura for me. In Albania, there are two cities where I have written the majority of my work: Gjirokaster, my home city, and Tirana.” ~ Ismail Kadare 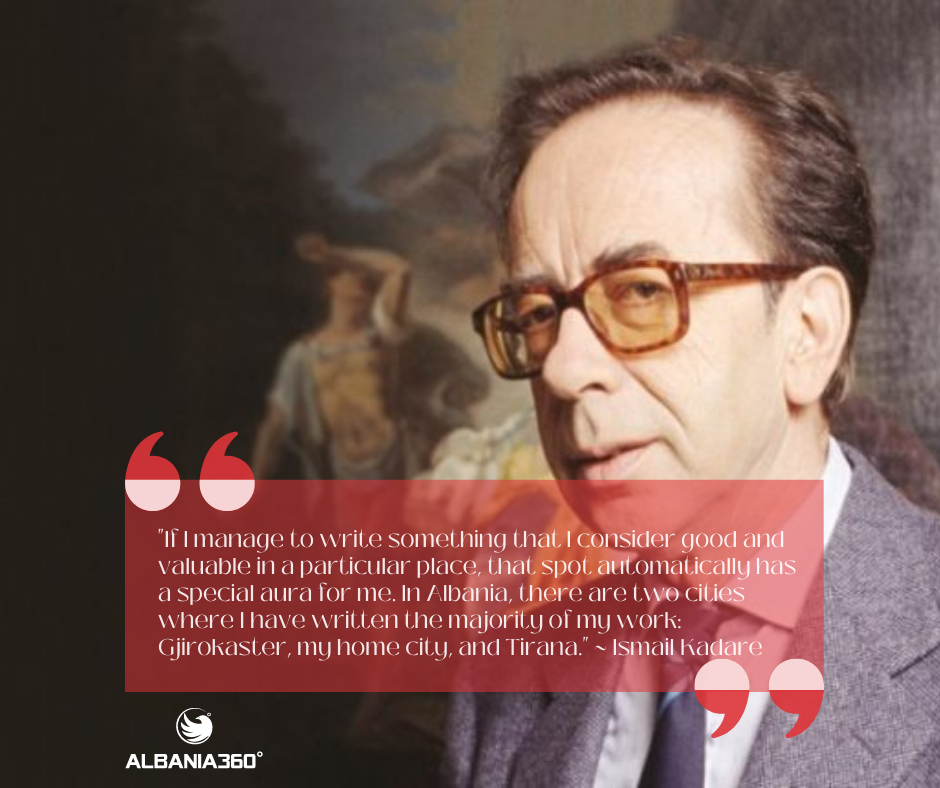 5. “I believe that the capital of the Republic of Albania is a suitable venue for discussing the dialogue among religions and civilizations, notably in the countries of South East Europe, because we are well familiar with this country’s trackrecord of religious tolerance.” ~ Georgi Parvanov
6. “Motherhood is like Albania – you can’t trust the descriptions in the books, you have to go there. ~Marni Jackson
7. “They are strewn with the wreckage of dead Empires -past Powers – only the Albanian “goes on for ever.” ~ Edith Durham 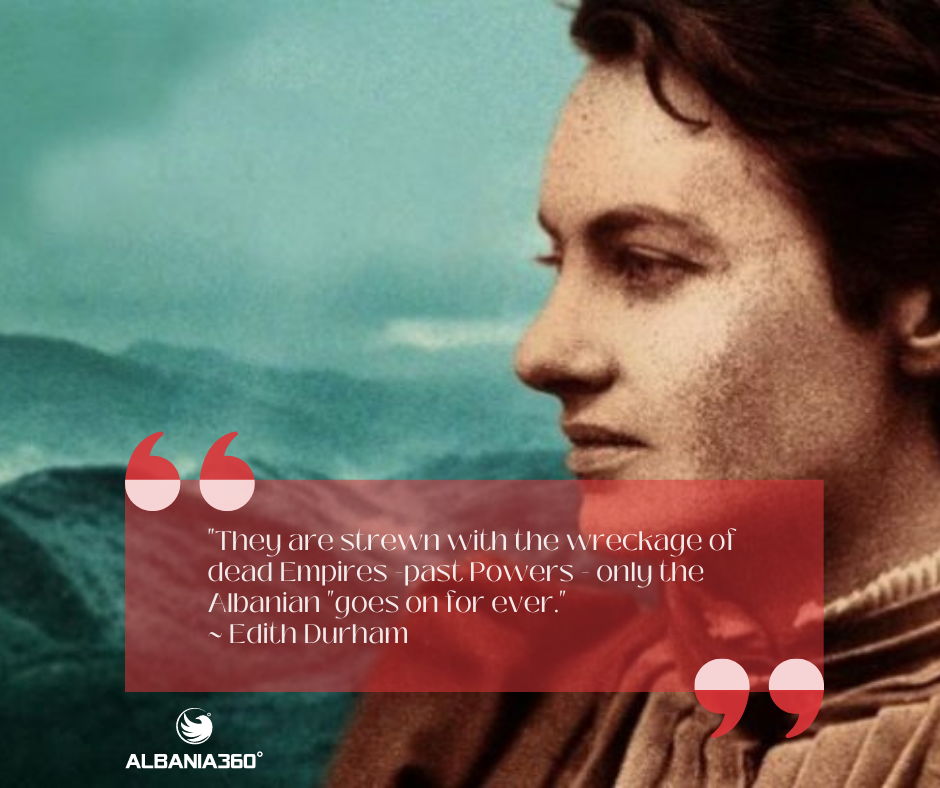 8. “My experiences there truly defined who I am to this day as far as my humanitarian work because I was a refugee in Albania.” ~ Masiela Lusha
9. “The Albanians have been born to resist and disobey.”~ Dursam Bey
10. “The men who marched to Babylon , Persia and India were the ancestors of the Albanians…”
~ Wadham Peacock

11. “….. Anon from the castle walls
The crescent banner falls,
And the crowd beholds instead,
Like a portent in the sky,
Iskander’s banner fly,
The Black Eagle with double head.
And shouts ascend on high…..”
Long live Scanderbeg. ~ Henry Wadsworth Longfellow
12. “The Arnaouts, or Albanese, struck me forcibly by their resemblance to the Highlanders of Scotland, in dress, figure and manner of language.” ~ Lord Byron 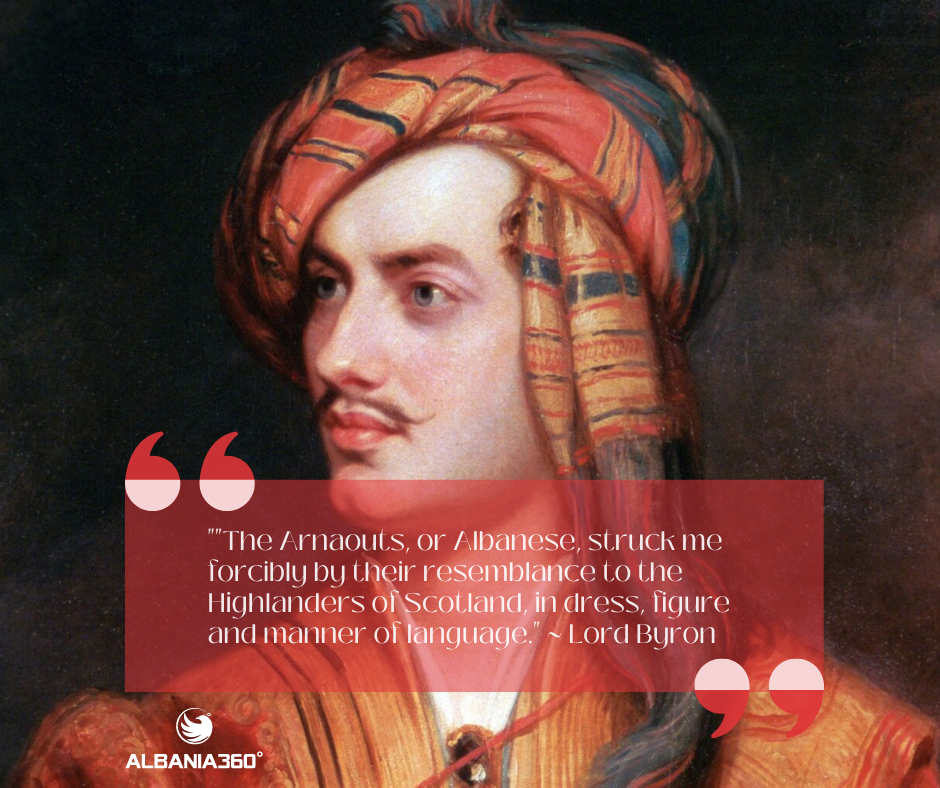 13. “It struck me that Albania was the sort of place that might keep a man from yawning.” ~John Buchan
14. “I want to introduce the world to Albanian beauty and most importantly, in the film I will introduce them to their beautiful soul (Albanians).” ~ Fadil Berisha 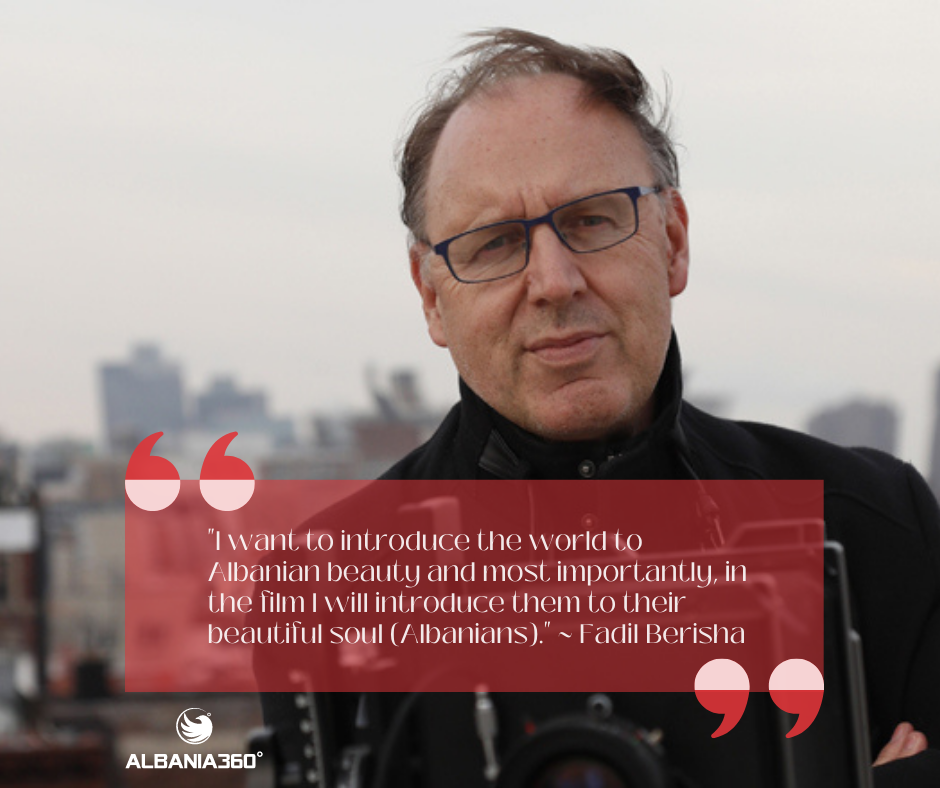 15. “To grow up in Chicago as the son of an immigrant from Albania, makes it interesting when I come back in time and figure out how it has affected me.” ~ Jim Belushi

16. “The wonderful thing about Albania is that not only is it extraordinarily beautiful and provides everything you could want out of a vacation (wonderful seafood, fresh farms, affordability, culture, and history), but it’s also surrounded by a nation of people who are some of the kindest, most welcoming people I’ve ever met.” ~ Eliza Dushku 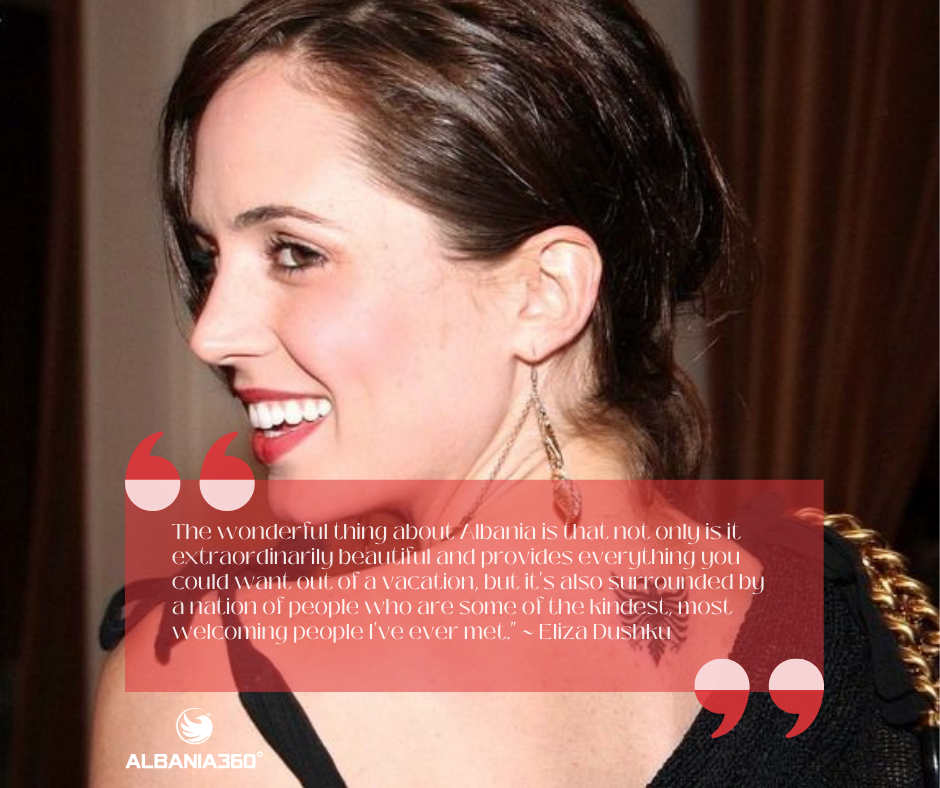 17. “Most people don’t even know where Albania is, which naturally leads to a fear of the unknown. And yet here I was visiting two UNESCO World Heritage sites and passing through some of the most picturesque and untouched mountain regions and bright turquoise blue coastlines that I have ever seen.” ~ Eliza Dushku

Do you know any other beautiful quote about Albania?

Write down in the comments below.