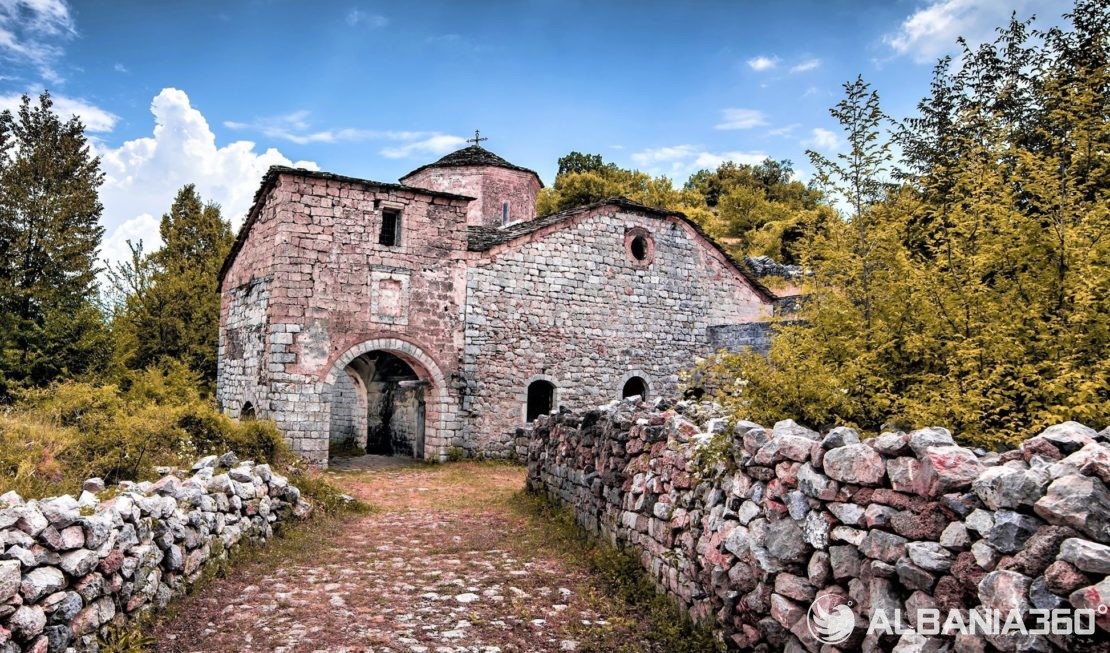 Do you know that the exploration of Korca never ends?
Its surroundings are perched on hills and mountains so beautiful, green and peaceful, that you’d never want to leave.
One of these villages is Vithkuqi, a place of Orthodox tradition and a green oasis of relaxation for every visitor. It will take you more than a weekend to fully enjoy it, especially if you get used to the fresh, sunny, dewy mornings up there on the hills and enjoy the fresh air endlessly. And no less important, the kitchen to fill the stomach and soul, sweets and definitely pie.

Here is what to do on your trip to Vithkuq:

Visit the churches of Vithkuq

The first church was built in Vithkuq in 1162. It is about that of Saint Thanas. After that many other churches were built (18 churches). All have their values, but the most magnificent are: the Monastery of St. Peter, the Monastery of St. Kolli, St. Mina, and the Metropolis of St. Mill. Of these churches, 8 churches have been maintained or rebuilt today: St. Peter, Kozma Damianov or Qimitiri, St. Constantine, Evangelism, St. Milli, St. George, St. Dellia, St. Mary.

Vithkuqi is surrounded by mountains and hills completely covered with trees and bushes. Here is the source of the Osum River, which crosses the entire place and forms a basin that collects all the waters of the numerous springs in this country. Near the village is the artificial lake of Gjanc (Gjanç), where there are different types of fish. A special place is occupied by wild animals, such as bear, wolf, fox, deer, rabbits, wild cats, etc .; wild birds and forests with ah, oak, pine, etc. Many medicinal plants grow in the forests of the area, such as juniper, wild rose, mountain tea, linden flowers, beetles, malaga, basani flowers, linden flowers, etc.

Walk in the village

Vithkuqi is an ancient Illyrian settlement. Although little explored it dates as an inhabited center from the first Iron Age to the 2nd-century BC. Evidence of this is the forts that have been set up to preserve the area, such as that of Boshanji, Bellovoda, and Leshnja, as well as the mounds in the old neighborhoods of Vithkuq: Quran and Qyrsha. In documents, it is mentioned as a settlement in the Principality of Muzakaj, since the 15th century, but the most important document is that Vithkuqi has been a settlement since the 12th century, which is also the time when the first church was built in Vithkuq, that of St. Thanasit, which dates back to 1162. In the Ottoman regime Vithkuqi was registered as a myrrh property and later waqf of Mirahor Iljaz Bey (1484-1504).

It is a pleasure to have on the table the roasted meat of Vithkuq and the dairy, which have a special taste and go very well accompanied by the characteristic local drink, plum raki. Don’t forget to try the nuts and the local tea, which are famous throughout the region of Korca.

Hiking is always a good idea. Let the guides take you to the place where took place one of the most famous old Albanian movies “Beni walks alone”(Beni ecen vete)

Enjoy the ride and don’t forget to ask the horse owners about the names of the horses, you will hear so many interesting stories. Either you choose the easy paths or the difficult ones, it is going to be a remarkable memory.

Lakror is the dialect word of Korca for pie. And that’s not all of it. It is not a pie of any kind, but it is cooked with 2 main phyllo sheets and its baking process is special. Even if you do not want to eat in the restaurants around, you can order a lakror from the housewives of Vithkuq and enjoy it in the guesthouse where you will be staying.