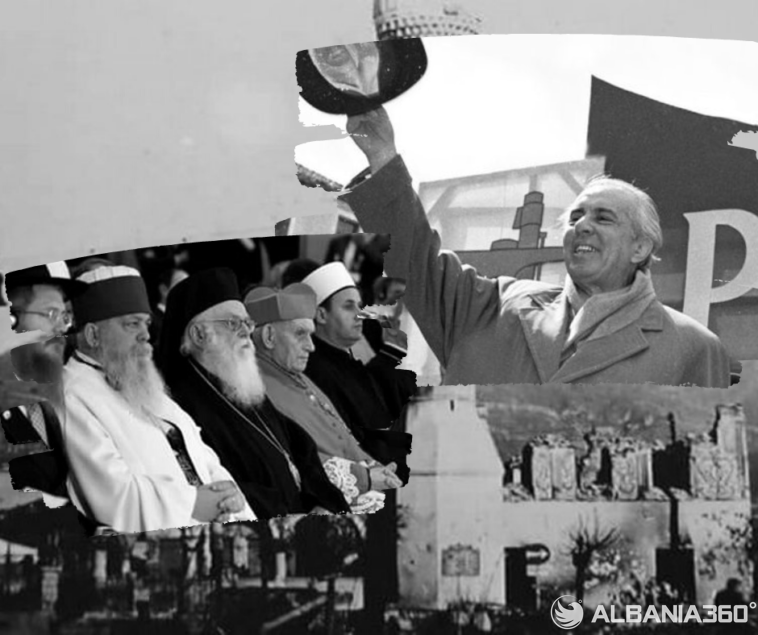 But what really happened to the Albanians in this 30-year spiritual journey?

Let us start from the genesis of the conflict, the compulsion of people to deny God.
In the post-World War II period, the regime led by communist dictator Enver Hoxha launched a crackdown on clerics and religious believers. 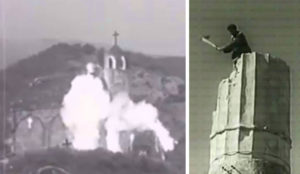 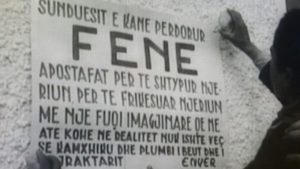 There are hundreds of testimonies that tell of the consecutive destruction of about 2200 churches, mosques and every religious building in every corner of Albania. Those that were not completely demolished and burned, were used as weapons depots, or for various reasons. But by declaring religion illegal, Albania’s communist regime waged a long campaign of oppression against Christian and Muslim believers, imprisoning and executing clerics and persecuting their families for years and decades. Although, there were some who in one way or another continued to practice their faith in secret. 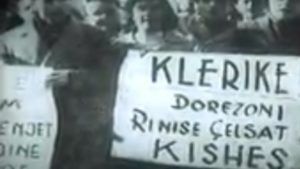 Thanks to last ones that were “spared” by the exterminating hand of the Hoxha regime, today we can touch a little history in places like: Labova e Kryqit, Voskopoje, in Lezha, Shkodra and in many cities.

According to BIRN (Balkan Investigative Reporting Network), ” Father Ernest Simoni Troshani, an Albanian Catholic priest, held a mass in memory of US President John Kennedy when he was assassinated in November 1963, and ended up being arrested on Christmas Eve. He spent 28 years in communist prisons.
An anti-communist speech delivered by Muslim cleric Hafiz Sabri Koçi led to his imprisonment for more than 20 years. Catholic priest Shtjefen Kurti was shot for the baptism of children after he had already spent 20 years in prison, while another Muslim cleric, Hafiz Ali Kraja, met his son for the first time at the age of five through the bars of a prison cell, where it was held for two decades.

The sufferings of these men were a result of the war waged by the Hoxha-led Labor Party against clergy of all religions under the slogan “Religion is the Opium of the People” – a quote adapted from the writings of the communist philosopher Karl Marx. “

If you want to know more about the victims of communism, you can visit the portal Kujto.al which is focused on the collective memory of Albania of the communist period 1945-1991 and provides data on all internees, those shot and deported by the regime.

What is the relationship with God like in Albania today?

In 1991, after the fall of the regime, freedom of religion was restored. Today, the Albanian Constitution does not recognize the official religion and declares equality between religions, which has opened the doors for the practice of different religions in the country.

A census conducted in 2011, (a bit old to be taken as a reference, but is the only source of its kind until the realization of the new census) shows the following percentages of religious communities:

Today Albania is an example of religious tolerance, where everyone coexists with each other. A tolerance naturally driven by the secular mentality of the majority of the natives, the lack of knowledge about religions, but also by a positive attitude towards the other and respect for the freedom of thought. 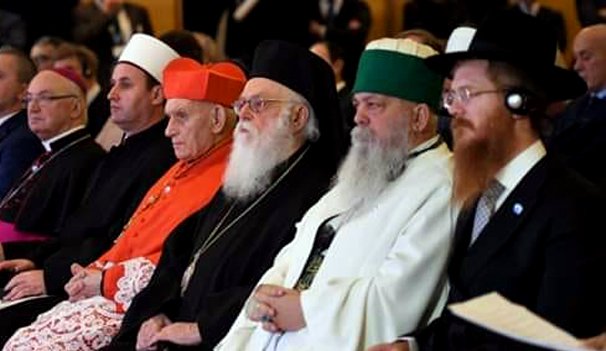 There are many spiritual issues that still plague Albania, such as the history of believers during the communist regime, but there is much light ahead that allows us to learn more about each faith, to know an uncensored history, to search for the archeological treasures of old buildings religious throughout the country and respect the land we trespass on, in the hope that the past will teach us a good lesson.

History of Voskopoja & its churches