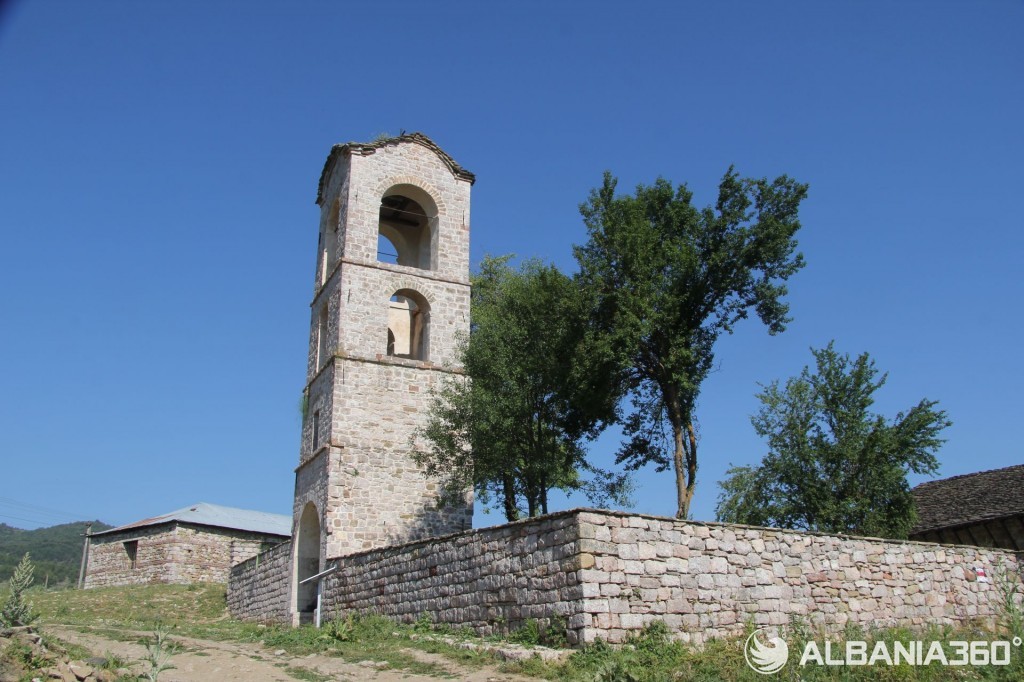 The history of Voskopoja beings to be written in the 14th century, but this village had not gained fame until the 17th century, when progress in culture and education started in Albania. Voskopoja, once the center of economic, cultural and artistic development, full of prosperity, is actually believed to have been at some point one of biggest commerce and trade towns not only in Albania, but also one of the most important towns in the Balkans and beyond. Voskopoja was in a very strategic pole to serve as a crossroad for both east and west trades. As such, it had a boom in development and growth.

It’s foundation is thought to have happened around the year 1330, by a Vlach community, also inhabited by Albanians, while the Church of St. Premte, built on a hill, was the oldest church (today rebuilt on the rins of the burned church), around which the first houses in Voskopoja were built.

READ ALSO: Things to do in Voskopoja

Of the 22 former churches, five churches and a monastery not far from today’s village are still standing in Voskopoja. Churches, all of the basilica type, have been badly damaged not only by looting and vandalism, but also by two world wars, during which they were turned into ammunition depots. A powerful earthquake that struck the area in 1960 added to the damage.

In recent years, the churches and the monastery of Voskopoja have been restored. You can start their visit in the center of the village, where you will see its first churches. Be careful! To visit them you must first meet their caretaker who lives somewhere in the center or, even better, the village priest. Generally all the residents are hospitable and smiling people, willing to help you with anything.

PRO TIP: you can travel anywhere in Voskopoja by car, but we recommend you visit the churches on foot. You will have the opportunity not only to enjoy the old church stories, but also to enjoy the real life and the nature of Voskopoja.

Today’s churches of Voskopoja are:

The Monastery of St. John the Forerunner (Prodromios) was founded in the 14th century and during the heyday of Voskopoja, in the 17th and 18th centuries, it became one of the strongest economic and ecclesiastical supports of the Archdiocese of Ohrid. The church of this monastery was built in 1632 according to the Athonite type, with three domes, with a cross-shaped plan covered with a dome placed on a high drum. The interior of the church was decorated with paintings in 1659. The narthex of the church was built and painted by the end of the century. 17th, or the beginning of the 18th century. The monastery lodgings and the church itself were severely damaged by German Nazi bombings during World War II.

The church of St. Athanasius was built on the hill of the same name, which also served as the cemetery of the city of Voskopoja. The church of St. Athanasius is the fourth church of the same type, a basilica with curved coverings, built in Voskopoja. The church was built during the years 1721-24, where in 1721 the nave was completed and in 1724 the arcade was completed. The narthex was destroyed by the earthquake of 1960. The painting of the nave and arcade was completed in June 1745 by brothers Konstantin and Athanas from Korca.

The paintings of the nave are distinguished for the very special iconographic program, where a very extended cycle is presented with numerous scenes of the martyrdom of the saints and where the somewhat macabre treatment of their torture exceeds the fantasies of the viewer. In the arcade paintings the brothers Constantine and Athanasius have skillfully presented an extended cycle of the Apocalypse, which is considered to be the most complete cycle presented in the frescoes up to that period.

This is the largest church in Voskopoja and served as the cathedral of the former city. It was built around 1699 serving a perfect combination of basilica plan with curved coverings, arches and domes. The church was painted in 1712 by three painters from the province of Agrafa in Greece, Theodore, Anagnosti and Sterian.

Church of the Archangels, Gabriel and Michael

The Church of the Archangels, Gabriel and Michael, known for short as the Church of St. Michael, is of the basilica type, with a curved cover, with frescoes, is of constant interest for its architecture. Built at the end of the 17th century, and painted in the early18th century, about 1722 by an unknown painter, the values ​​of the frescoes of this church are excellent and valuable. An integral part of the church of the Archangels were the chapels of St. Spiridon and St. Varvara, which did not resist the time or destruction suffered by Voskopoja over the centuries. Meanwhile, part of the porch of this church was destroyed by the earthquake of 1960, we can still visit the nave and part of the narthex, as one of the most important churches.

The church of St. Kolli is located in the center of Voskopoja and is the most important church for its architecture with all the elements of the post-Byzantine basilica type, which has survived to the present day. This church has it all: the nave, the narthex, the arcade and the belfry. It was built from June 1721 to September 1722, while the bell tower is thought to have been built later. Its last reconstruction was done around 1936.

Part of the church of St. Kolli was also the church of St. Efthimiou, in its southern part, now completely destroyed. The nave was painted around 1726 by David Selenica, one of the best masters of the 18th century. His style belongs to the traditional art school of the Palaeologans, also known as the Macedonian school. While the arcade was painted around 1750 by the brothers Athanas and Kostandin from Korca, nicknamed “Zografi”. They have painted numerous scenes from the cycle of the Apocalypse, for the second time after the one reflected in the church of St. Thanas (the two cycles are not copies of each other, but each presents creative features).

In 1960, part of the arcade suffered serious damage due to a strong earthquake, detaching about 11 inches (28 cm) from the nave. A restoration expedition was undertaken in 1962 by the Institution of Culture Monuments. The iconostasis of this church was masterfully worked by Kostandin Ieromonaku around 1722-1726, one of the greatest masters of icon work at the beginning of the 18th century. Today some of the original icons are an integral part of the Museum of Medieval Art in Korca.