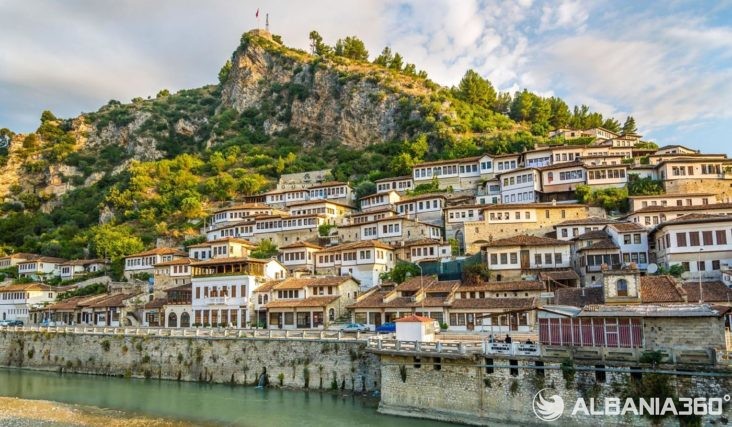 One day in Berat is enough to convince you that you have to spend more than one weekend there. The city is part of the UNESCO world heritage list since 2008, remains one of the most valuable shreds in historical values and tourism magnets in Albania.

The old ottoman style architecture is preserved in its best form and is completely inhabitable even today.

If you are visiting Berat anytime soon, consider the suggestions below and we promise you won`t regret it.

1.Walk up to The Castle of Berat

It is a fortress from which the whole city can be seen. There are 14 churches inside for which this castle is famous for. One of them is the Church of the Holy Trinity, which dates to the late 13th and early 14th centuries. Very interesting frescoes are found in this church. Behind the church of St. Todri are the churches of St. Kolli, St. Constantine, St. Helena, St. Mary Vllaherna, etc. There are guesthouses within the castle area so you can be accommodated there to taste the true old-fashioned lifestyle.

Mangalemi and Gorica, are two neighborhoods of the city of Berat that are distinguished for the harmony with the terrain in which they are built, masterfully using the architectural language. These neighborhoods together with the castle, still inhabited, constitute the three most characteristic complexes of the city. The Mangalem neighborhood complex is a gem in the art of construction, in which the harmonious composition of houses has reached a high level. It has the shape of an elegant pyramid that mimics the silhouette of the hill, at the top of which the castle is built.

The “Purple Codex of Berat” is a very important manuscript for the beginnings of Biblical writings. Judging by the writing technique it is thought that it was written in the 6th century. There are a total of 190 sheets, written in letters cast in silver. Other important parts of the codex are cast in gold. The cover of the manuscript is later than the work, it is metal and decorated with biblical scenes. The “Golden Codex of Anthem” belongs to the ninth century and is written in small letters “minuscule”. It contains 4 gospels: according to John, Luke, Mark, and Matthew. The figures of the evangelists are surrounded by decorative frames built with floral and geometric motifs, bracelets, and flowers. Both codices of Berat are part of the Memory of the World. The “Purple Codex of Berat”, one of the oldest variants of the New Testament, is an essential reference for evangelical literature and, more generally, for Christian culture. 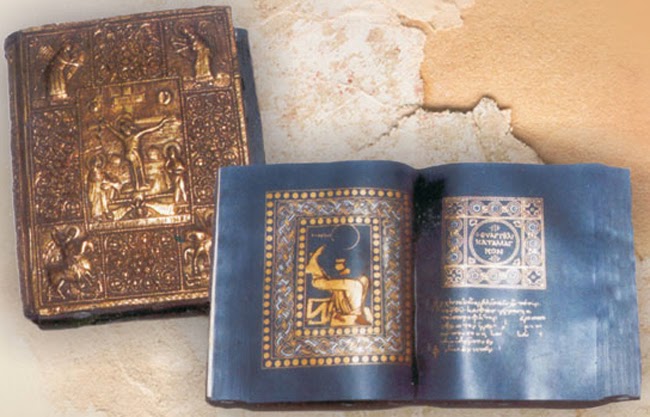 4. A walk on Republika Boulevard

Try to remember the word “Xhiro”, it means “ a walk” but it is not just a walk in the city. The word represents the entire chill and fun before sunset activity where the locals dress up and walk around the city, passing through the main promenade, having a drink or a crepe in the fancy bars and restaurants near by. Although a boulevard of the same name is located in Korca and is older and more famous, Berat also offers a beautiful boardwalk where you will find cafes, restaurants, and from where you can see the top of the town castle and the old quarters. Do not lose sight in the evening because the installed lights offer real magic.

The museum collection consists of 200 objects selected from the funds of churches and monasteries of the district of Berat. It consists mainly of icons and a set of liturgical objects. The works of this museum date from the oldest of the 14th century to the beginning of the 20th century. All these motifs are intertwined with other elements of the Byzantine tradition.

After leaving behind Bistovica together with the village and the paved road you go to the hill, where the castle of the Illyrian city is located. The hill on which the city lay  (472 ft – 144 meters) is flattened up on a wavy plateau with irregular contours. Within this plateau is a 5 acre (2-hectare) site, 131 ft (40 meters) high, where the last traces of the Bronze-Early Iron Age have been found. Thanks to economic development and suitable conditions, Dimali in the ancient period returned to the city, being equipped with perimeter walls.

7. The ruins of the White Mosque

The inner walls of which are located inside the castle of Berat. They were built on the foundations of Illyrian walls, and were rebuilt in the Byzantine and Ottoman style.The ottomans used to built mosques in every city or castle they conquered and this building is also an anthropological trace of the social life of this period of time.

As a country well known for the religion tolerance, you will also find old churches in the city. The Church of Saint Mill is known for its technique that combines European and Byzantine style. While the church of the Holz Trinity is said to have been built on the ruins of a pagan temple. The temple was built in honor of the goddess Artemis, hence the name Ardenica.

The wooden bridge, which was later replaced by the stone one in the18th century, was built in 1780 by Ahmet Kurt Pasha and later rebuilt in 1920-1930. It is 423 ft (129 m) long, 17 ft (5.3 m) wide, and with an arch distance of 30-50 ft (9 to 16.7 m). It rises 33 ft (10 m) above the river level and is a beautiful bridge consisting of seven arches. Inside the first pillar, until the time of reconstruction, there was a cavity, a large chamber closed with an iron grate, in which, according to legend, a girl had to stay closed, destined to starve to death as a sacrifice to appease the spirits who opposed the construction of the bridge. In another pillar, during the restoration, a wooden sculpture was found, which represented the head of a woman.

Some say they might be the best they have tried in Albania, so why not have a bite? Sweet or salty, you name it. I would also suggest you to try the local ice cream

TOP 10 things to do in Korça