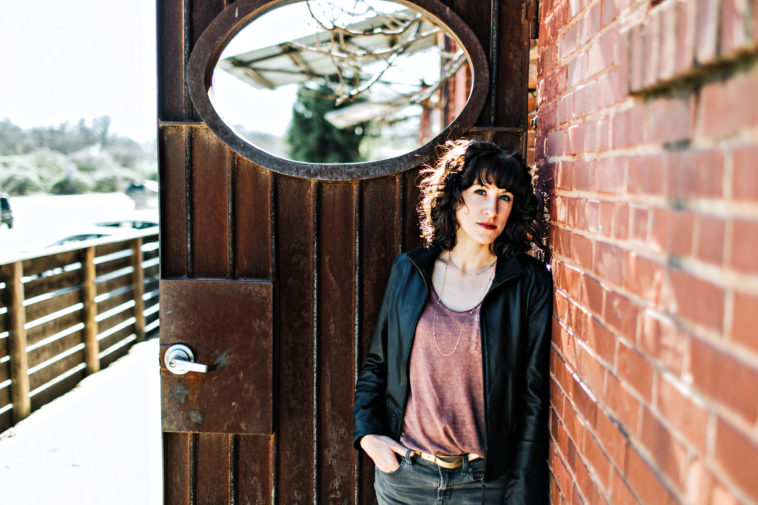 Her books have been applauded by press giants such as the New York Times, but few people in Albania have heard of Xhenet Aliu. She is the daughter of an Albanian and a Lithuanian-American, who despite growing up amid challenges in the land of cultural diversity, managed to make a name for herself. This interview conducted a few years ago for the journal ‘Tema’, was inspired from her second book, which significantly was related to Albania.

The book titled “Brass”, published by ‘Random House’ in January 2018, tells in a realistic style the story of an immigrant girl in the US, who with or without purpose touches the lives of many Albanians who left their homeland in search of a dream and the challenges of integrating into such a complex society.
A short story that has its origins in an Albanian named Bashkim, who emigrates to the US to provide for his newly created family with a high income, but there he falls in love with a Lithuanian immigrant with whom he also gives birth to a daughter. called Luljeta. 17 years later, stuck in a lukewarm city like Waterbury, Connecticut, she decides to find out what exactly her mother has been hiding about her father she never knew. 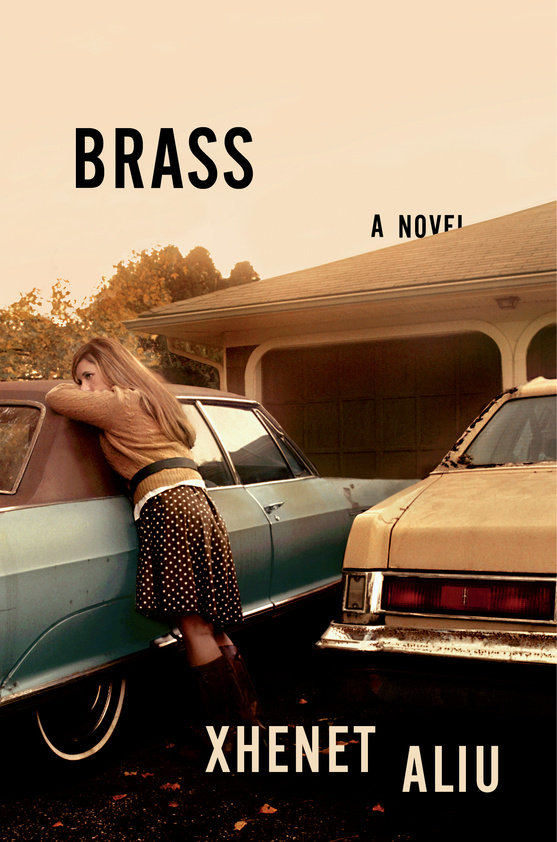 1.     Xhenet, as the daughter of Albanian and Lithuanian immigrant parents, how personal is this book that you have just published named ‘Brass’?

I like the way you phrased that question, because most people instead ask about how autobiographical the book is. The truth is, the novel really at all autobiographical because the characters and the plot are all completely made up, but it is deeply personal. More than exploring how different the cultures were, I wanted to investigate the ways Albanians and Lithanians (and Italians, and Irish, etc.) shared similar interests and struggles when they arrived in the U.S., and how they all strove to become “American.” The languages they speak and the religions they practice may be different, but my experience, their values are more similar than different. I have found that the conflict or mistrust between groups comes when they struggle to achieve their American dream, which is such a pervasive myth that we don’t see it as a myth at all but an undeniable truth. If the dream doesn’t come easily or doesn’t come at all, it’s convenient for people to believe that someone else must be responsible for it—the “new” people are taking the jobs, or the “new” people are abusing the system, and that’s why their own familes haven’t been able to achieve the dream despite working so hard.

2.      Are you Luljeta in the book, looking for hidden answers about your origins?

I’m definitely not Luljeta; Luljeta is both more ambitious than I was as a teenager and more isolated. I come from a large family, so if anything, I was always looking for more time and space alone, unlike Luljeta, who’s desperate for human connection. That said, I’m always interested in exploring my origins. Since my parents split up when I was young and I was raised almost entirely with my mother’s side of the family, my Albanian roots have always been more of a mystery to me, despite identifying more as Albanian simply because of my name. I never even met most of my Albanian family, either because they don’t live in the U.S. or because it was very emotionally complicated after my parents split up. It’s likely that I did invent Luljeta as a vessel to explore those unanswered questions for myself.

3.     The reviews that `Brass` has received until now are really good and you have collected a lot of awards for it. Do you think it might be an option to translate it for the Albanian readers?

I would certainly love for Brass to be translated into Albanian, but that’s entirely up to publishers in Albania. The foreign rights are available, so if the publishers are interested, they can contact my agent!

4.     How do you see the life of immigrants and their children in a country that claims to welcome everyone?

Every immigrant has a unique story, so I don’t claim to represent everyone’s experiences. The immigrants with whom I have the most experience, including my own family, have been political or economic refugees, so emigrating to the U.S. wasn’t necessarily a choice, or at least an easy choice; that said, most have been profoundly grateful to be here while still maintaining a deep connection with their original homes. The U.S. is really a distinct nation because “American” was never comprised of a single ethnicity; you can be both Albanian and American, or Italian and American, without feeling like you’re less of one than the other. Unfortunately, though, it’s also been fairly socially acceptable to discriminate against various ethnic groups in the U.S. at different times in history; currently the scapegoats are primarily Latin-Americans and Muslim-Americans. I find it ironic that it’s generally political conservatives in the U.S. who resist immigration the most, and yet strong work ethics and tight family units—which most immigrants I’ve known have—are actually very conservative values. But then again, xenophobia is an emotional response, not a logical one, so it’s hard to convince people of how nonsensical it is.

Most people would have no idea from looking at me that I’m the daughter of an Albanian Muslim, so I’ve had people say terribly racist things in front of me, assuming that I would agree because they think I’m part of their tribe. My friends who don’t get the benefit of passing as white or American have dealt with far worse. That said, even though I am admittedly a cynical person, I do believe that there are more decent people than hateful people in the U.S., and day-to-day life generally reflects that. It’s the exceptions that we struggle with.

5.     What advantages and disadvantages did you have as the daughter of immigrants in regards to your education and integration in the American society?

To be honest, my hometown was pretty diverse in terms of race and ethnicity, so growing up I never really felt like I stood out or had any particular disadvantages because of my ethnic background. If anything, being from a lower-class background was more of a struggle, and I didn’t even realize that until I was much older.

6.     Did you find and live the American dream we all hear about?

I grew up poor to working-class and now I have three college degrees and two published books, so the obvious answer is yes, though I wish we would call it a “plan” instead of a “dream.” Being American means having many obvious advantages, but any kind of notable achievements will still take a lot of hard work. I will also add that while it’s true that no American from any background is prohibited from becoming successful, we should acknowledge that some people have a much, much steeper hill to climb to get there. In my own case, I had the benefit of some great mentors, a relatively safe environment, and a family who didn’t necessarily understand why I wanted to be a writer, but supported me anyway. Many people don’t have any of those things, and so it would be dishonest to pretend that I didn’t have an advantage from the beginning. 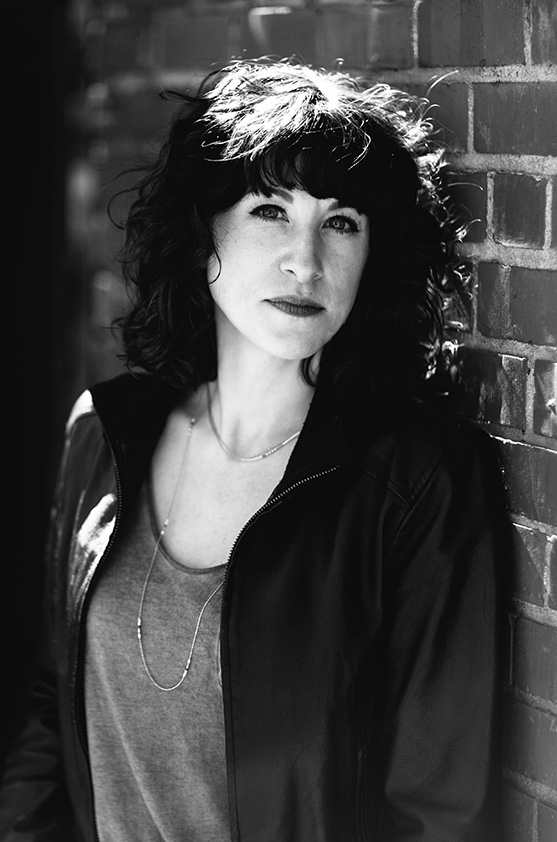 7.     Speaking about your origins, do you know any Albanian traditions or Albanian words ?

I wish I knew more! I speak almost no Albanian. Our cat was named “mace,” so I know how to say that, along with some basics like mirëdita and faleminderit. I also know that you drink raki to celebrate many things J

Burek! I will eat anything with phyllo dough and cheese.

9.  Have you ever visited Albania, if so what were some of your impressions? If not, would you like to visit it?

I haven’t visited Albania, but I would love to go! My father was actually from Struga in what is now Macedonia. I won’t get into the history of Albania’s borders as I’m sure you understand it better than I do. I would love to travel to that region and to Kosova, as Kosova plays a part in another novel I’ve been writing. Unfortunately, being a writer hasn’t made me rich, so I still work as a librarian full-time. If I can get the time and money together, Albania is definitely in my future.