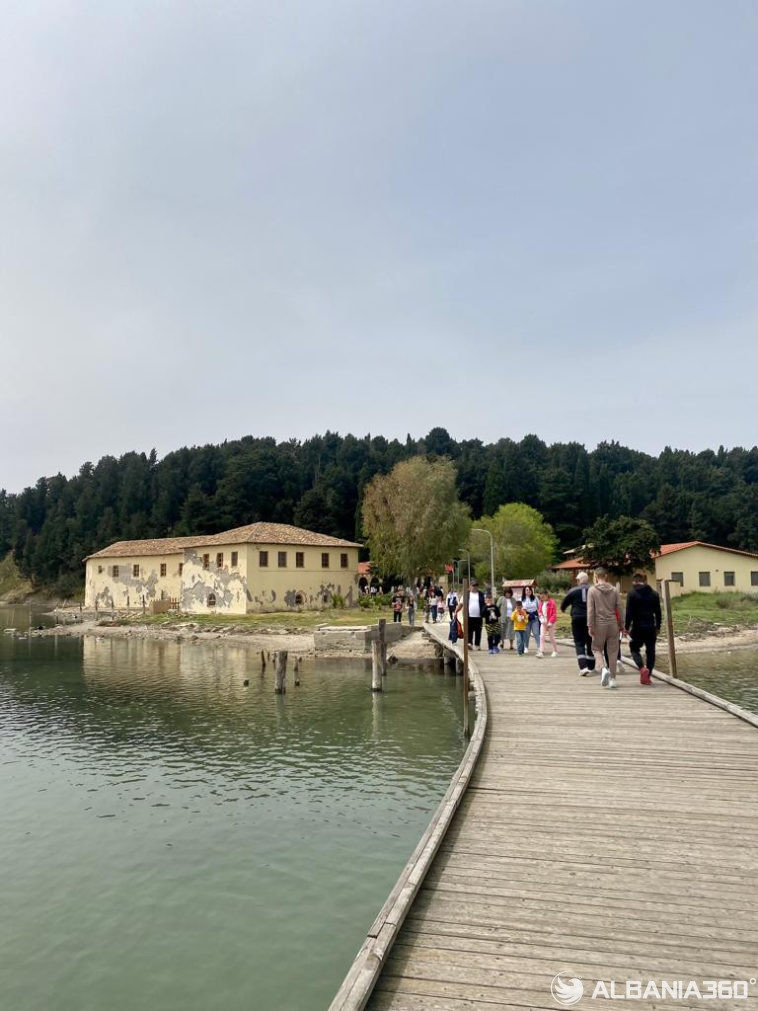 Park the car by the roadside because you have to go to an island.

No, there is no boat to go there, no raft. Even better.

A new wooden bridge has been built to take you to the other shore, to the small island of Zvernec. 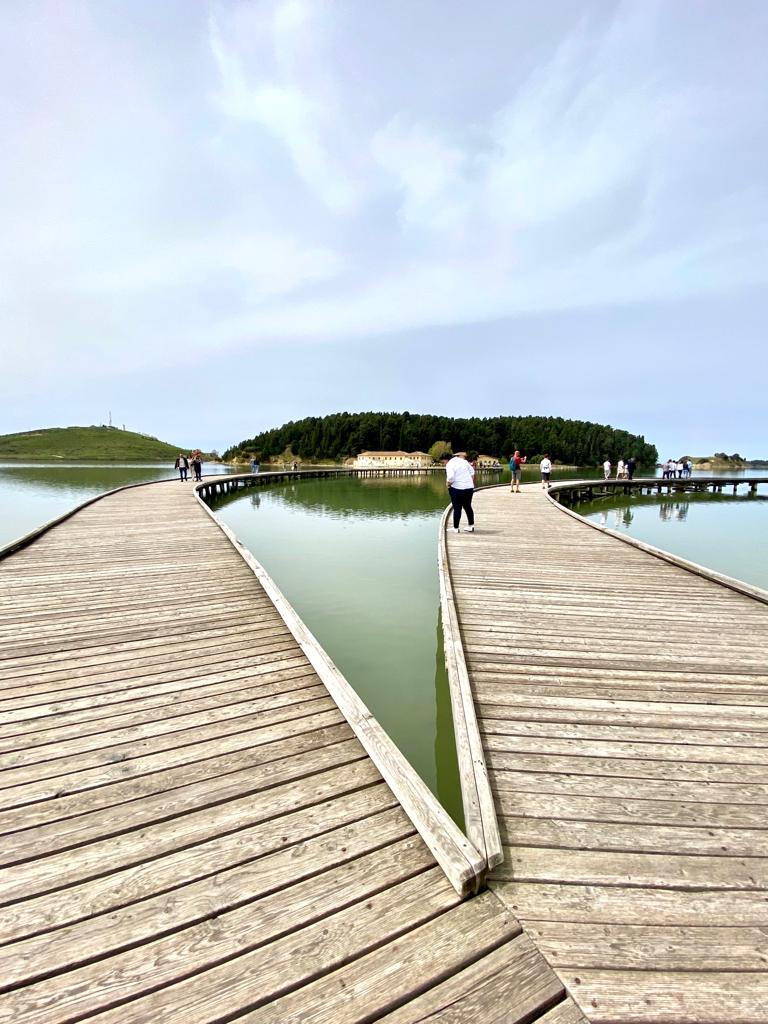 Once upon a time, there was an old bridge where many were afraid to walk, but now a bridge has been built with two branches, one leading to the monastery and the other to a resort to enjoy the tranquility, to see the storks when they cool in the water, the seagulls when they fly up, or to calm fishing with a cane. 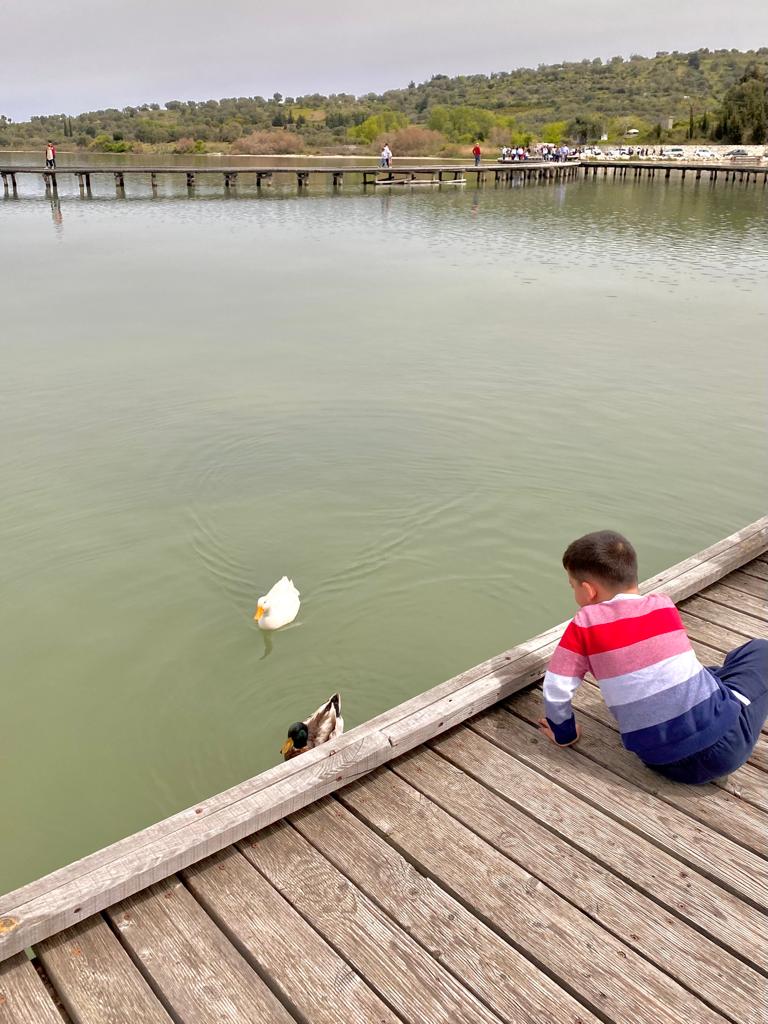 From above this bridge looks like a flower stalk, with a small leaf, and above, instead of the crown, stands the green island with tall trees and in its radius an old building, namely the Monastery of St. Mary. The monastery belongs to the Orthodox religion and there is always a priest and a guard who take care of it. 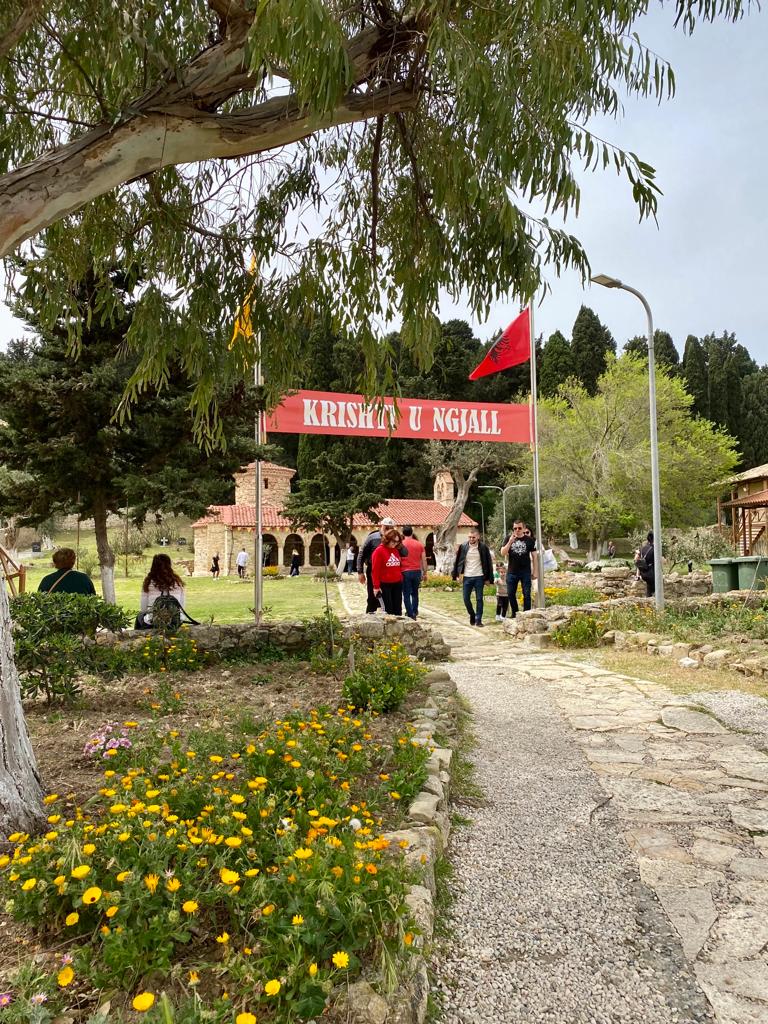 There are several opinions on the timing of the construction of this Christian shrine. One of them, the Albanian scholar A. Meksi, argues that the church belongs to the 13-14th century. While a couple of Austrian scholars Helmut and Herta Bushhausen think that the time of construction belongs to the 10th century. And another scholar, Krauthemeri thinks that this type took the architectural style from Roman mausoleums and was built away from urban centers between the 10-11th centuries. This idea seems interesting because strangely inside the church in the nave there is also a tombstone on its floor. Written in Byzantine Greek, it served as the cover of a sarcophagus, which was either there from the beginning, or was taken by the builders to be placed on the floor of the church hall. 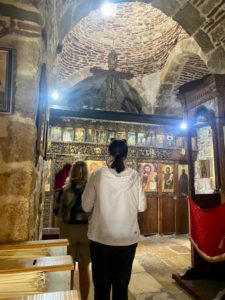 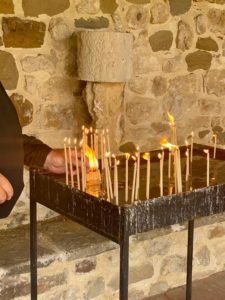 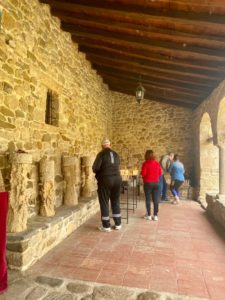 In the courtyard of the monastery, you will find the grave of Marigo Posio, a girl from Korca known in the history of Albania who embroidered the red and black flag used by Ismaili Qemali on the day of the Declaration of Independence on November 28, 1912. In the area of the Monastery, there is a small church with paintings and old furniture, typical of the Orthodox churches of the 13th century. 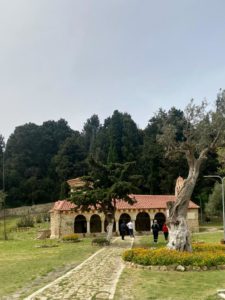 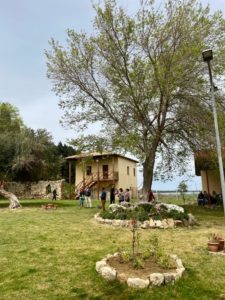 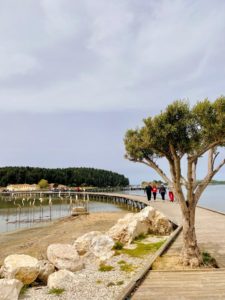 On the other side of the island, you will also find the church of the Holy Trinity, and you can easily go from a narrow path.