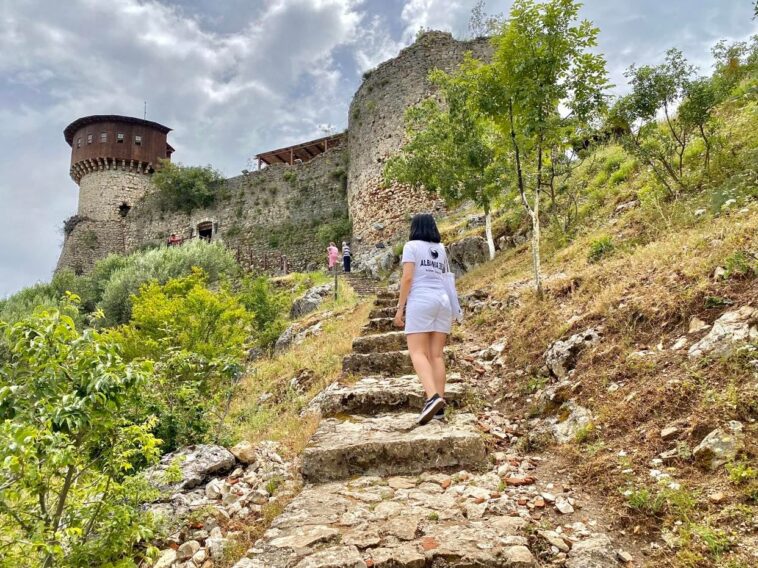 The Albanian capital is surrounded by many touristic villages and you will never run out of options. The best thing about them is that they are easily reachable and you can get there in less than 30 minutes. The noise, the traffic and the chaos of the city feel far far away when you are hiking up a hill, enjoying the good products in an agro-tourism and give yourself a qualitative slow day.

One of these villages is Petrela!

Visiting Petrela is a perfect decision if you are in Tirana and need a daily getaway, the freshness of the countryside, the serenity of nature, the good food and a cultural and historical site to explore.

Petrela is located 12 km southeast of the capital, along the national road Tirana – Elbasan. Its villages lie on both sides of the picturesque Erzeni valley, half the distance of its length. The territory of Petrela is bordered on the east by Dajti, on the south by Bërzhita, on the west by Baldushku and on the north by Farka.

The histori of the village

Petrela is mentioned since the 11th century, in the battles between the Normans and the Byzantines, considered as Petrula, by Ana Komnena (1083 – 1153). This identification was made by A. Boue, who mentions Petrela two more times in his study. The name given by Marin Barleti, the prominent historian of the century. XV, has made Petrela as “oppidum inexpngnabile” (impregnable city) shows that Petrela at that time had acquired the features of a small town, equipped with external perimeter walls.

The castle of Petrela

The Castle of Petrela has gone through several periods of construction and demolition. It is thought to have been built in the late antique period (III-IV century AD) and rebuilt during the reign of the Byzantine Emperor Justinian I (527 – 565). It took on a special significance in the twentieth century. XI, in the battles between the Normans and the Byzantines.
At the beginning of the century. XIV belonged to the feudal family of Topiaj who at that time were the owners of the territory between the rivers Mat and Shkumbin.
In the 15th century, Petrela was the first Castle after Kruja, which was besieged and liberated by Skanderbeg. It was also one of the centers that withstood the Ottoman occupation, until the last years of the life of Gjergj Kastriot Skanderbeg.

The castle was commanded by a woman

In the 15th century, Gjergj Kastriot’s sister, Mamica, lived there. And not only enjoyed living on top of the hill but also commanded it, after her husband died. In 1445 Skanderbeg decided to have a princely marriage by arranging the marriage of his sister Mamicë to the ruler of Petrela, Muzakë Topiaj. According to the legend, all the leaders of the time were invited to the wedding.

You can freely visit the castle on top of the hill without any fee, every day of the week. After you park the car at the centre of the village, you will need to walk a few minutes to the entrance of the castle and then step up a few stairs till the top of it. The activity is doable for everyone but you should be careful if your kids are visiting the castle too, as the path is arrow and there’s no fence on the side.

The restaurant inside the castle

Once you are inside the castle, most likely you will need a refreshing drink after the walk or you might even be hungry. There is a bar and restaurant in the castle and you can get a rest and enjoy your lunch right there in an historical place.

One of the fun things to do in Petrela is the Zipline experience by Zipline Albania, which is the first Albanian zipline, the longest in the Balkans – 1250m and one of the largest centres in Europe. It starts in Petrela, near the castle and it ends in the village next by, Mullet. Below the zipline, where you will be flying like an Albanian eagle, there’s Erzeni river flowing and proving you a great view to enjoy. At the finish spot, there is an outdoor bar where you can get a refreshing drink and even a ping pong table, for those who love it. We recommend you to go there during the sunset, as the view gets even better.

Spending your weekend in the countryside means also to enjoy the 100% of the country products and places, such as Fustanella and Bujtina Mera. Both places are lovely, relaxing, well designed and offer delicious food with the best ingredients. Remember to ask for the wine of the house and the different kinds of jam they do. You can also have a walk through the vineyards or check the fruits and vegetables of the farms.

Near Petrela you will find the ancient city of Persqop. It is located on the side of the mountain of Villa, which is the last highest peak of the Krraba mountain range (590 m altitude). Its strategic position made it possible to control a vast territory and the roads that passed through these areas. From the architectural point of view, Persqopi belongs to the period that includes the second half of the IV century BC. In addition to the ancient walls, in Persqop are preserved numerous traces of dwellings, as well as traces of a tomb and a water supply system that was supplied with water from Mount Vila. 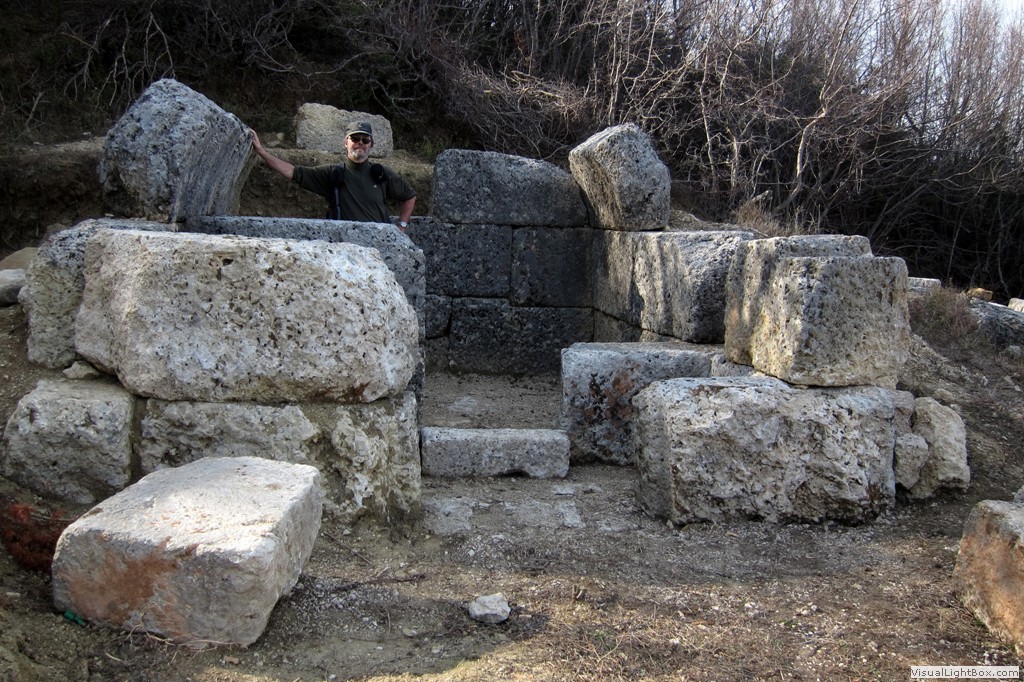 The tomb of the Bride

It is located in the village of Mullet, near the Church of Maxhara. Starting from the function similar to the tombs of the Ottoman period, it is thought that it belongs to the century. XVII.
This monument carries a legend about the young bride who was killed on her wedding day. Two opposing pairs who crossed at the entrance of the village, probably for enmity, were shooting each other, while on the street were passing wedding guests, who had taken a bride. Unfortunately, one of the bullets hit the bride and she lost her life.

Petrela has the right terrain for outdoor sports and is part of the map of many offroad cars and motorcycles contests.