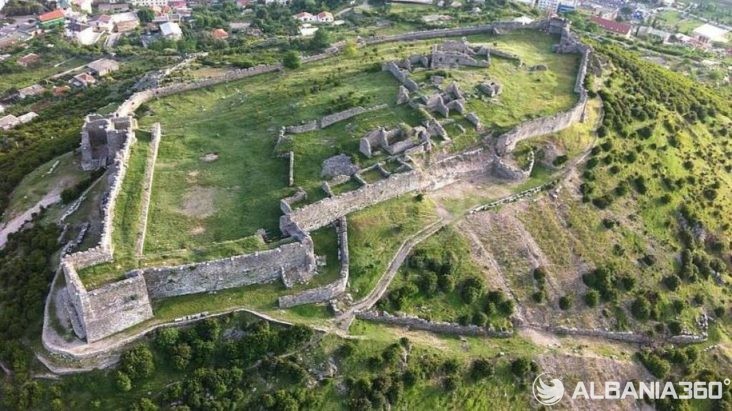 The antiquity of Lezha leaves its mark on today’s visitors, so we kindly invite you to discover this destination and get lost in its colourful labyrinth.

There are 34 natural monuments and 21 cult objects, museums, archeological and historical in the Lezha district. The tourism is the most promising branch for the economic development of this region. Ecological purity of the terrestrial, aquatic and air environment, floristic presence with forests, meadows, diverse fauna, suitable climate and other factors, show that there are all possibilities for the development of a modern and sustainable tourism of all kinds.

Assets: marine, lagoon and valley (river valleys) and among others mountainous tourism. Lezha is the ideal place to do it all, in one place.

Built on the foundations of the ancient Acropolis, it is accepted by all that the beginning of its construction belongs to the 8th century. The castle has known many phases of construction, all the way to the last one of 1520, by Sultan Selimi I. In the historical and archeological literature, the castle of Lezha is known for a long time as the Castle of Elison. It has three gates which were quite protected by camouflaged towers and alcoves, which favored by geographical position made it invincible. In 2002, after the restoration of the foundations of the Medieval Castle, it was noticed that the thickness of the walls reached up to 14 ft (4.30 m), from the 11.5 ft (3.50 m) thickness that was previously thought. To date, 12 gates and 48 defensive towers have been discovered. 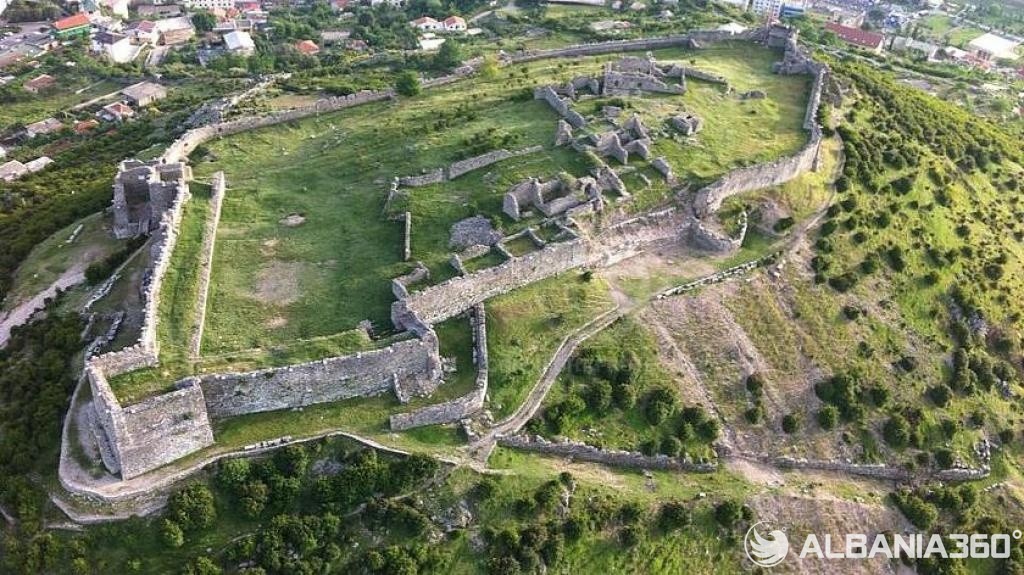 Lissus includes the medieval castle, the tomb of our Hero “Gjergj Kastioti” Scanderbeg and some other objects of historical value. The fortification walls of Liss are stronger than those of Apollonia, making this ancient city one of the most prominent in the Illyrian-Epiriote world and beyond. The city had two sea ports, a sea man, that of “Nympheum”, today’s Shengjin and the River Port, near Oldrin (today’s Drini)

The ruins of Shëlbuem “Akropolisi” in the southeast of the city of Lezha rises the rocky peak of Shëlbuem, about 1400 ft (408 m) above sea level. Its crown has been surrounded in antiquity by a long wall and two towers of paved stones, forming there a fairly protected castle. Archaeological excavations in this settlement have yielded finds of cultural strata beyond the 9th century BC, making this prehistoric settlement among the earliest in Albania and beyond. The acropolis needs to be excavated by archeological expeditions as well as the vegetation cut, so that the walls and towers can be clearly seen.

4. The memorial of Scanderbeg

The Memorial or Cemetery was built on the church of St. Kolli, where in 1468 Gjergj Kastrioti Skënderbeu was buried. What is seen now has nothing to do with the former building that belongs to the 15th century. After the Turks conquered the city of Lezha in 1478, they destroyed and opened the tomb of Gjergj Kastriot, who died on January 17, 1468, wrapping his bones in gold and silver to use as a talisman of invincibility in battle. The memorial was built in 1981. On the floor of the ship rises the bust of Skanderbeg, made by the folk sculptor Odhise Paskali. Copies of the bronze sword and helmet are placed on the marble slab. Inside the walls there is a series of shields with the coats of arms of the tribes that participated in the Assembly of Lezha. 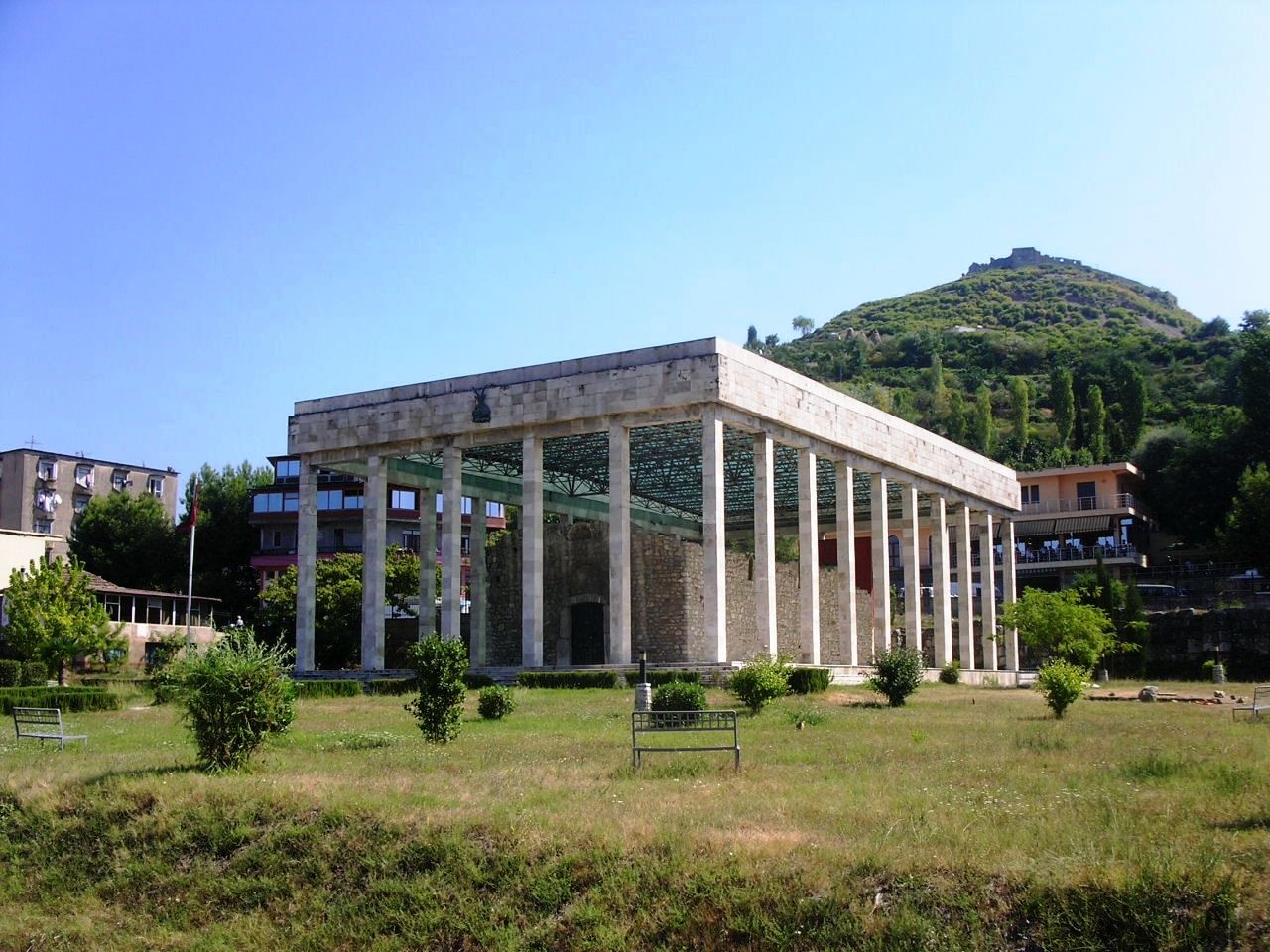 Esat Mlika’s house, “Skënderbeg” neighborhood on the Drini. It is a popular 19th-century two-story civic dwelling. It has architectural value in the work of walls, roof, windows and doors.

6. Fishing in the sea or at the Drini river

The main water flows that form the hydro network of Lezha, are: the river Drini of Lezha and the river Gjadër. The Drini of Lezha has been the main element of the system and the hydrographic network of Lezha and the surrounding areas. But today, this river no longer crosses the secular bed, next to the city of Lezha. It no longer flows into the Adriatic, but into the Buna River. The Drini River is the largest river on the entire Adriatic coast of the Balkan Peninsula.

7. Bird watching in the lagoons of Kune-Vain

These two lagoons lie between the city of Lezha and the Adriatic Sea, on both sides of the Drini estuary. Three watchtowers have been built for visitors, one in Kune and two in the Vain area. They serve to explore the area as well as to observe the numerous birds. Kune Lagoon – Vain. Although always mentioned together for their geographical importance, they are two separate elements and of different importance. If in Kuna you go for the wonderful beach, in Vain you go for the tranquility of the forest or for sport hunting. In both lagoons are located some of the best restaurants in the area. To explore the lagoons of Kune-Vain for their biodiversity, attractive and relaxing nature and you can organize a picnic. Of course lunch or dinner will be one more surprise of this holiday.

About 3-4 kilometers away from Shengjin, a rare geomonument, Rana e Hedhun is a beach still unused. To travel by speedboat to “Rana e Hedhun” to see a different experience of one of the most beautiful Albanian beaches. You will be amazed by the uniqueness of this Adriatic coast, and you can feel as if the whole beach belongs to you. It looks as if the sand has hit the mountain, as the slope of the mountain is filled with fine sand, giving it the name of the area. It goes by car. The road has quite picturesque mini beaches.

There can be no talk of tourism in Lezha and not to mention Shengjin, with its beach, port and lagoons; hence the relationship of Lezha with the sea. Named Nymfeum in antiquity, the name was associated with the fairy forest located between Shengjin and Velipoja. It was later named Medea, after the Argonaut princess Medea, whose name is found several times in northwestern Albania. After the conversion to Christianity, a part was added to the name, becoming the Holy Genus of Medea.

You can visit the many cult objects, which in addition to religious values ​​also have architectural and historical values. Some of them are unique. (St. Nicholas Cathedral in the center of Lezha, City Mosque, church Metamorphosis Orthodox Church at the entrance of the city, Teqeja N’Sulti in Malësia of Lezha, church of St. Euphemia in Kallmet, church of St. Friday Balldre, church of St. Barbara Plana , the church of Our Lady of Nunciata founded by St. Francis of Assisi, the church of the Blinisht Martyrs, etc.)

11. Travel to the coast of Tales, to feel privacy while enjoying the freshness of the sea

Located 7 km from the SH1-E762 road, this is the beach to show under, as it is a destination entirely to be discovered. Tales beach stretches for several kilometers from the corner of the lagoons to the beginning of the Mati delta. In recent years, large investments have been made in the area, providing roads and quality service facilities. Although there are several hotels and houses in the area that provide rooms for vacationers, advance bookings are needed, as the number of requests has been growing.

12. The house of Father Gjergj Fishta

Gjergj Fishat was a Franciscan friar, teacher, writer, translator and also chairman of the commission for drafting the alphabet in the Congress of Manastir, member of the Përmeti government delegation to the Versailles Conference and deputy chairman of the Albanian legislature in 1921. After Fishta was born, his family moved up to the hill of Lekiçeve, leaving his birth house, which was destroyed. Currently, this second house is in a bad condition, impossible to visit. 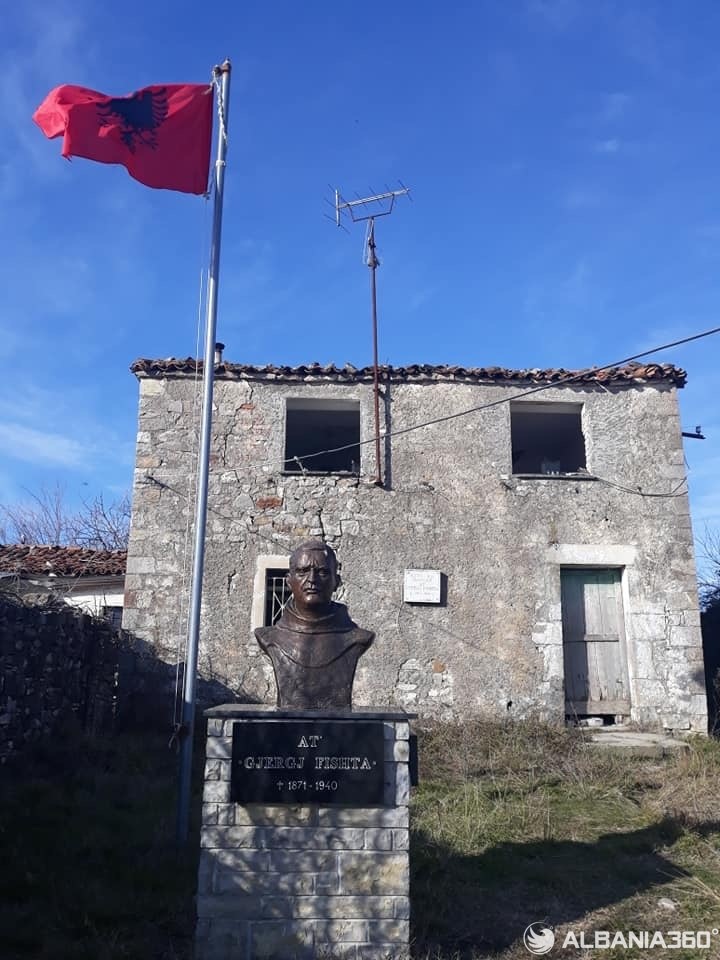 13. Visit the handicraft soap factory in the center of Blinisht village. They are curative products for the skin.

14. Visit the pottery “Zadrim Art” in the village of Kraja. Where it is still produced by hand and given value to the tradition of the area.

15. Sail in the middle of the city via the Drin River. This river crosses Lezha in a length of 10 km is very important as it is also used for fishing being an important part of households in the area where it passes.

17. Try the local cuisine. Culinary remains the feature of Lezha tourist. In Shengjin, Lezha Island, Zadrima or in the city of Lezha you will enjoy special dishes that will make you come back again.

18. Visit the “Hotel i Gjuetise”, the residence built by Count Ciano and turned into the main residence of the dictatorship leadership. History, appearance and environment are the reasons why this area is still liked by visitors

TOP 10 things to do in Korca