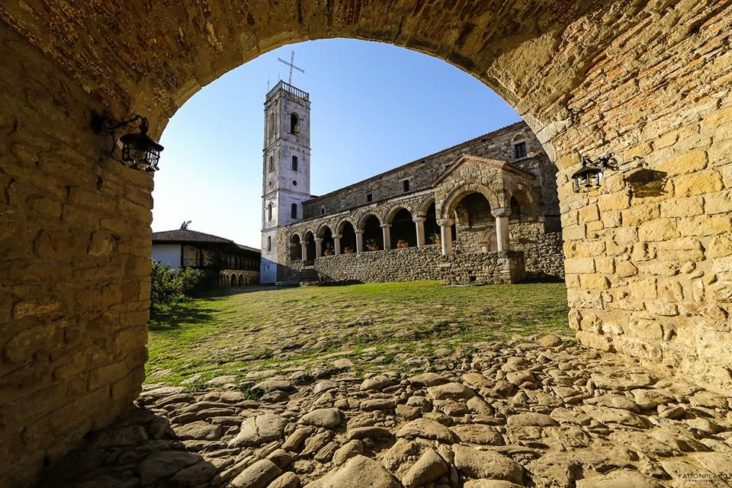 A temple built by pagans in honor of the goddess Artemis centuries ago became the epicenter of a village with ancient history.

Are you curious about more?

The village of Ardenica is located in the south of the plain of the great Myzeqe with a dominant position seen from all sides with an altitude of 237m above sea level. The characteristic object of the area is the Ardenica Monastery, which is thought to have been founded in 1282 on the initiative of the Byzantine emperor Andronicus II Palaeologus, who built this temple after the victory over the Anjouans in Berat.

The impetus for this action will have been the occurrence in that place of the chapel of the Holy Trinity, erected there centuries ago. There is a hypothesis that the chapel may have been built on the ruined foundations of a pagan temple, which was built in honour of the goddess Artemis hence the name Ardenica.

Old buildings can be seen around the monastery, which gives the impression that there was probably an inhabited center around it. Ardenica Monastery has been widely mentioned for the wealth of its library and over the years has served as a center for education and culture of the area and beyond. During the communist regime, the Ardenica area was used as a military unit, due to the position of favorable to the field of view from the sea.

Today, the possibility of developing tourism with a historical character can be created by treating as an element the former tank department and coastal artillery tunnels.

WHAT TO DO AND HOW TO HAVE FUN