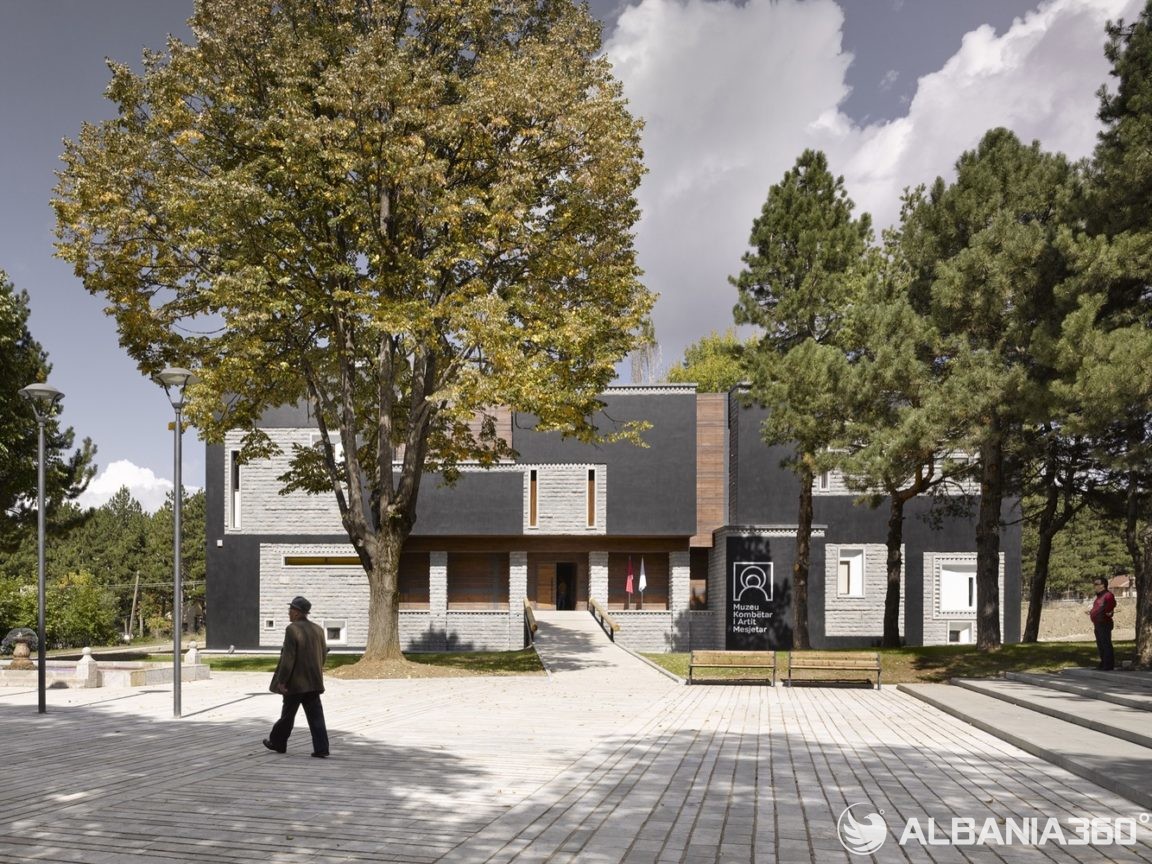 You will find it in the southeastern City of Korca. One of the many museums you can visit in this small town, but so romantic and so rich in value is this treasure of medieval art, rare in its kind. From the facade it gives the impression of a modern building that surely hides inside contemporary masterpieces.

But no. It is precisely this giant box of relics that has gathered the collection of 8000 icons and objects of religious character and less stone, wood, metal, and textile works created from the early Middle Ages to the beginning of the 20th century by both anonymous and well-known artists, from different parts of the country.

There are works by anonymous authors of the 13th-14th century and others well-known as Onufri, Onufer Qiprioti, Mesues Kostandini, Jeromonaku, Shpataraku, Selenicasi, Zografi brothers, etc. The National Museum of Medieval Art is located in the new building where dozens of works are exhibited in the halls of this museum center, one of the most important in Albania.

Thanks to the contemporary construction and a very modern idea from the museum point of view, it is one of the most important destinations of our cultural heritage and adapted for visitors to have a complete experience and get acquainted with all the works.

This museum was originally inaugurated on April 24, 1980, but only in recent years has it been revisited and taken the form in which it is currently. Positioned along the Boulevard “Fan Noli” in Korca, this museum is not only a visual exhibition of values but also a unique institution in the region.