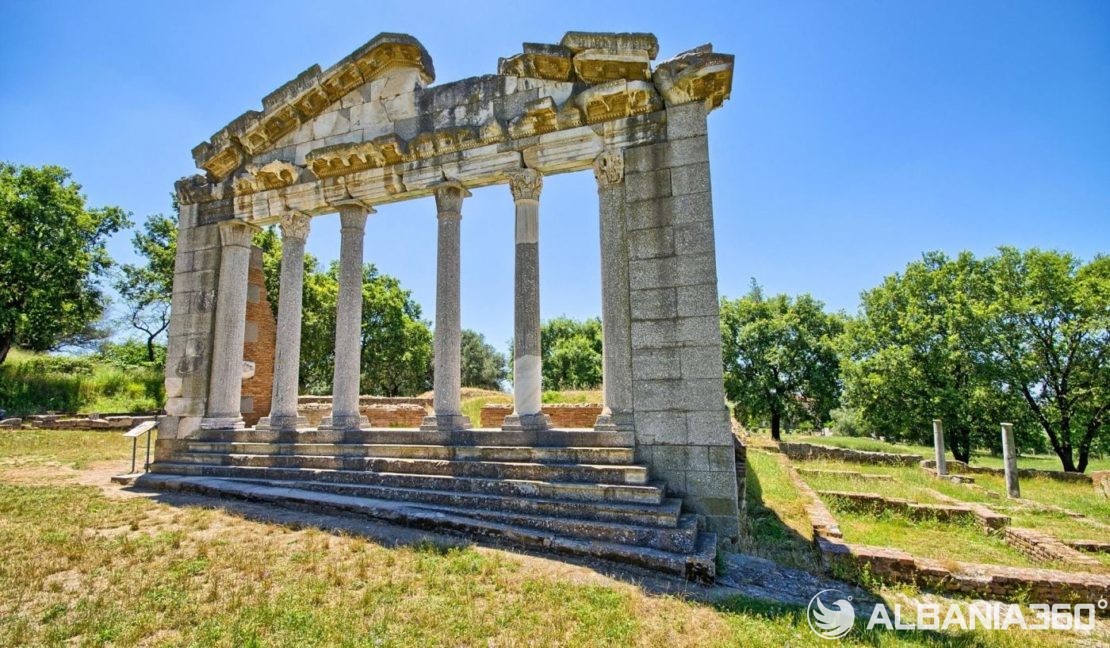 Albanians call it the heart of Myzeqe. In 1769 Fier was just a village with about 24 clay houses built by the Voskopojars who had just settled in Fier and the surrounding area. The modern city of Fier was founded in 1864 by Kahraman Pasha Vrioni and his son, Omer Pasha Vrioni, who with the help of French urban planners and architects laid the foundations of the modern city of Fier. The physiognomy of this plan, the city of Fier preserves even today where two systems intertwine; the quadratic and radial one. So whenever you transit through Fier, stop and look carefully at the city which with its history will make you look at it differently, respect it more.

Top 10 things to do in Fier

Apollonia as a city was founded in the early 7th century BC in the lands of the Illyrian Taulantians by Greek colonizers coming from Corinth. The first records of his presence are documented around 620 BC. The city was named after the god Apollo. Among the 24 cities throughout the Mediterranean that bore this name in Antiquity, Apollonia and Illyria were the most important and played a major role as trade intermediaries for the Mesopotamian Illyrians. Apollonia was at that time a large and important city near the river Aoos (Vjosa). It is estimated that the city had about 60,000 inhabitants, a record figure for Antiquity!

It is a park with archeological ruins that represent the fall of an early Illyrian civilization. The Illyrian town of Bylis located on a hillside near the present-day village of Hekal. Since the 3rd BC the city was equipped with numerous and important monuments such as, theaters with a capacity of 7500 spectators which served not only for various theatrical and musical performances for residents, but also nearby communities. Apart from the theater the city had its own stadium, two promenades, one of which is two-story, water tank, prytaneon, gymnasium, altars, apartments, streets, etc.

3. The hills of Ardenica and the Ardenica Monastery

Built in the Middle Ages at the top of the hills above the village of Ardenica in Lushnje, it preserves paintings of important value. According to the Albanian Encyclopedia, a stone with an inscription at the entrance bears the date of construction in 1417, but older buildings that continue to be preserved belong to the first half of the eighth century. The Ardenica Monastery consists of the inns that were built later, the church of St. Mary and the chapel of St. Triadha. 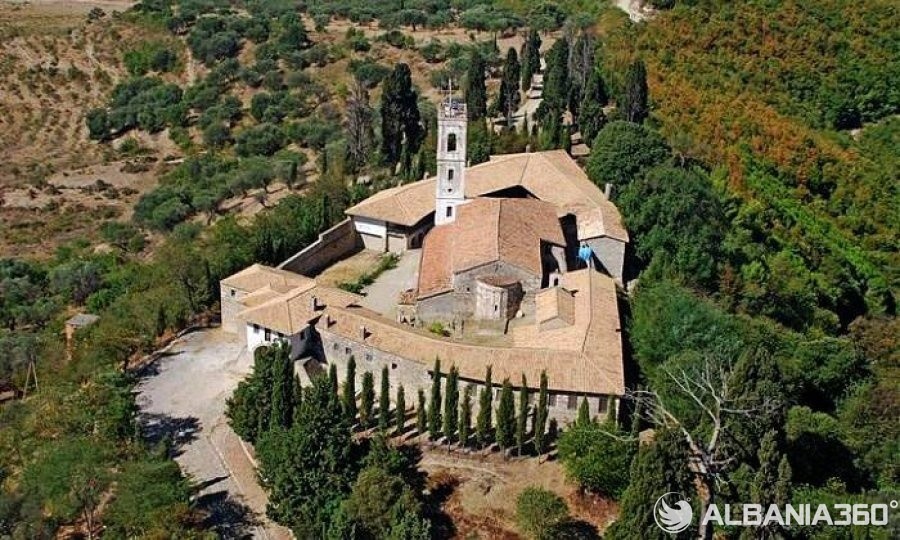 “Libofsha e Fierit” is a very rare village, perhaps the rarest in all of Albania, in which there are 15 churches. While for locals they are everything, for visitors this place remains unknown. A sign to the right of the Mbrostar – Fier road shows you entering the village of churches. There are treasures of the cultural heritage that Libofsha carries. In Fier it is known as the village of the first Albanian school in Myzeqe. The locals call it the ‘village of churches’.

Clean and curative sand, soft pines by the sea, hospitality and quality service. These are some of the reasons that have turned Seman beach in Fier into a destination frequented by local and foreign vacationers. This beach is not much explored by Albanian vacationers, who were more attracted to the coast of Vlora and Saranda, but this approach has already changed. 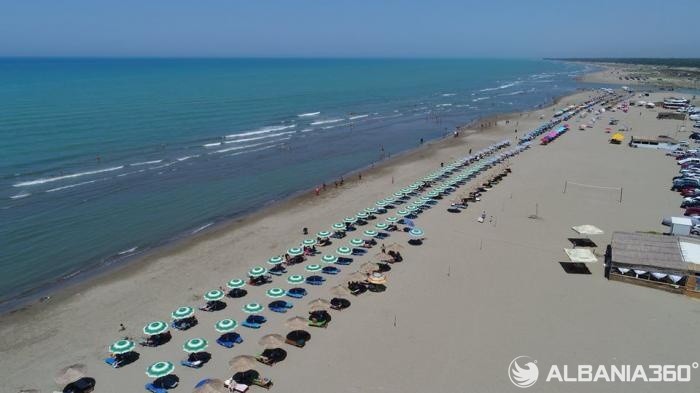 With about 6 miles (9.5 km) of coastline, ‘Pishë Poro’ in Fier offers unused sandy beaches with clear sea and soft pine forest. This beach with a length of about 5 miles (around 8 km) has a lot to offer for anyone who chooses to spend their holidays in this destination.

The two lakes of Lumara, in addition to irrigation, also serve as tourist attractions. They are surrounded by the high hills of Mallakastra. They create fantastic landscapes because of the color, the vegetation that surrounds them and the location. Combined with fountains, lawns and plateaus.

The old road from Fier (Koshovica Pass) towards Cakran has a really amazing landscape with a wide expanse, as if it was made especially for the pleasure of the human eye. A beautiful road that winds between the hills, surrounded on both sides by dense masses of pine trees and olive groves. Traveling this way, between the fresh air and the evergreen, to its left just before you pull up to Cakran, like the icing on the cake, you encounter a lake of one color where it looks as if the blue and green have melted, Lake Kreshpan.Definitely a must see.

A 10K race by the sea, is the last event that gathered horse and racing lovers in Fier. If for the contestants, the adrenaline is at its maximum, for a spectator it may be enough to see these beautiful creatures as they run by the sea with their riders. The last race took place in October 2020 in Darëzeza. 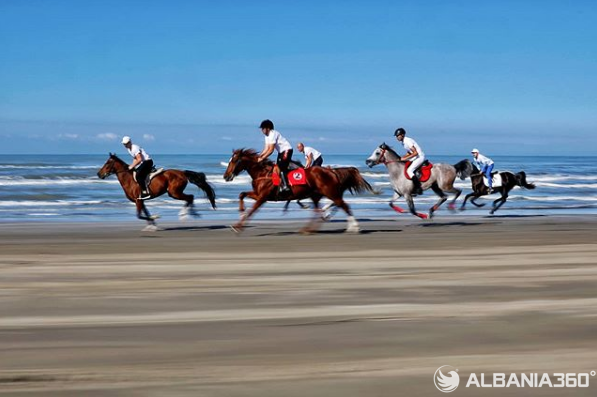 This is the musky folk dance and the people of Fier dance it in every family joy, just like in folk festivals and ensembles. It is mainly a men’s dance and it is not at all difficult to learn. It only takes a little patience and a teacher from Fier. 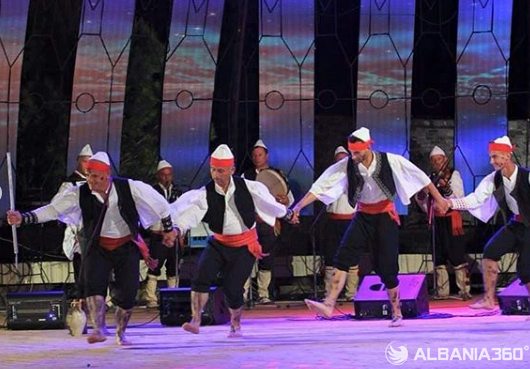 I you want to read more TOP 10 blogs, click here!