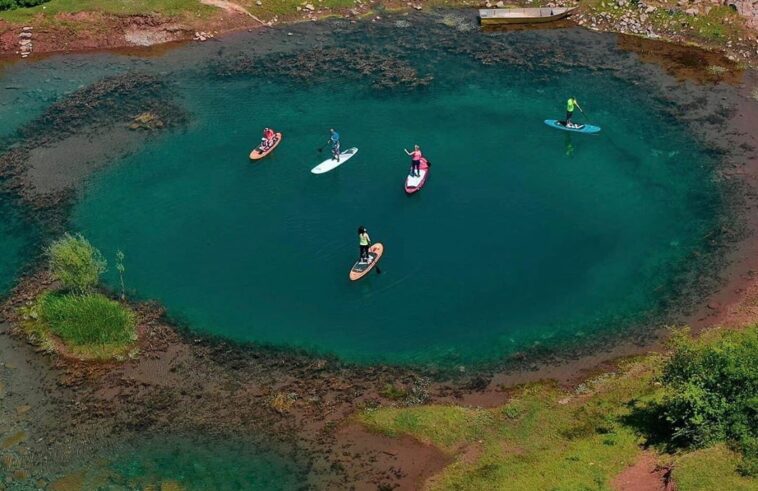 You will not find any images or videos of these places on Instagram because very few people, besides locals, have visited these unique spots, sites or villages and many of them weren’t aware of the cultural values of these places. We are revealing them to you, to make you curious about the hidden Albania, the one you won’t see on a marketing campaign, but the one that will make you say “I really saw an unknown unique site in this country”.

Here’s for the most daring ones: Unique Places You May Have Never Heard Of In Albania

Dhoksat is one of the most authentic villages in the Lunxheri area. It lies on the slope of the mountain of Lunxheria, 10 km from the city of Gjirokastra and 138 km from the capital of Tirana. It still retains its original configuration, cobblestones and flats.

As soon as you approach the village, one of the buildings that dominates its view is the house of Çuçaj. The two-story stone-walled and slate-roofed dwelling, with a plastered corner projecting onto the front facade of the first floor, was built in 1860, a date that we find engraved on two of the building’s corners. The same date was also painted on the front of the corner, but after numerous interventions, today it has disappeared. From the volumetric and planimetric point of view, the apartment has two wings, resembling the Girokastri apartment and testifying to the high level of craftsmanship and economy of the village in this period. For its architectural and cultural values, it was declared a First Category Cultural Monument in 1983.

Although the apartment has undergone partial reconstructions, it still maintains its volume and aesthetic values. Other Natural Monuments there are “Rrapi i Dhoksatit”, located in the village of Homonim, which is 250 years old. There is also another Natural Monument nearby, such as the Circuses of Lunxheria. They are negative forms of glacial relief, formed by the erosive activity of glaciers.

“Syri i Sheganit” is a large karstic spring located near Kosan village, Bajza commune in the district of Malësia e Madhe, near the eastern edge of Shkodra, at an altitude of about 6 meters above sea level. It is also known by the locals as Sifoni i Virit. It emerges from the cracks of limestone rocks near Lake Shkodra. Residents living in the area use this place to fish, as the only form of livelihood. It is precisely these residents who, with their work and will, are gradually maintaining and developing this area.

There are fish and other living things in their waters. The resources create a very attractive environment with scientific (hydrological, speleological, geomorphological), didactic, aesthetic and tourist values. The city of Shkodra – Koplik – Ivanaj – Gashaj – Shegan is visited according to the itinerary. 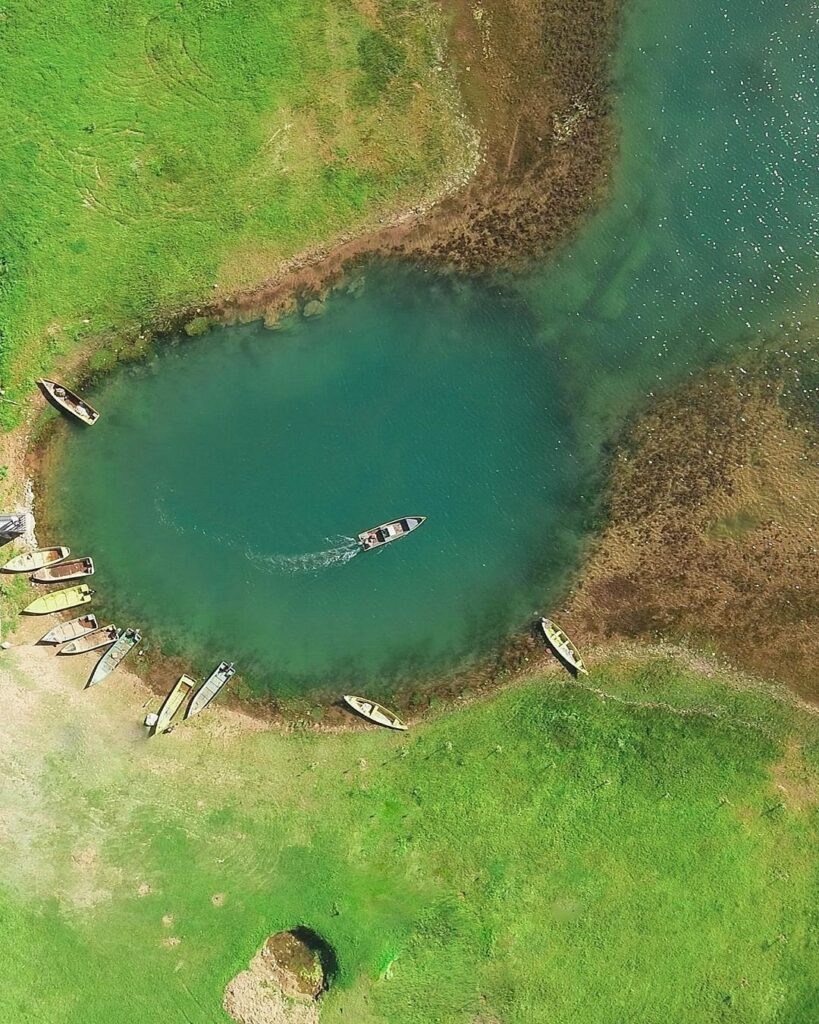 Sometimes places make people, and sometimes people make places. Today it makes us proud to hear that the famous Hollywood actor Jim Belushi mentions the Qyteza as the village of his parents and grandparents. They once emigrated to the USA, but today many of their grandchildren return to know their origins.

Qyteza is a typical example of a small Albanian village, which preserved its culture, language, and customs intact from generation to generation and made its contribution at the national and international level. The town was formed at the end of the 17th century, in one of the most difficult moments that Albania was going through, in order not to be assimilated as a nation by the Ottoman Empire. Many residents moved from their birthplace and formed temporary settlements around the hills of today’s village, traces of which can be found in Cërkven (Church), Ruined Village and elsewhere.

Even though it is a small village, Qyteza is preparing to welcome visitors in the next years, since there are a few guesthouses and farms built there at the moment. We will for sure visit it soon and show you more about it.

Many statues of communist leaders around Albania were destroyed or thrown away after the regime. However there are places where some of these artworks are still hiding. One of them is in the center of Tirana. Giant communist-era statues and busts that were once situated in the main squares of the Albanian capital, are now relegated to a small courtyard behind the National Art Gallery. There you will find bronze statues of Vladimir Lenin, Joseph Stalin (which are very rare to find), a Miner, a Girl Soldier, a Rifleman, and a marble bust of the former Albanian dictator Enver Hoxha, among others. Access is from the right side of the National Art Gallery behind the main building. 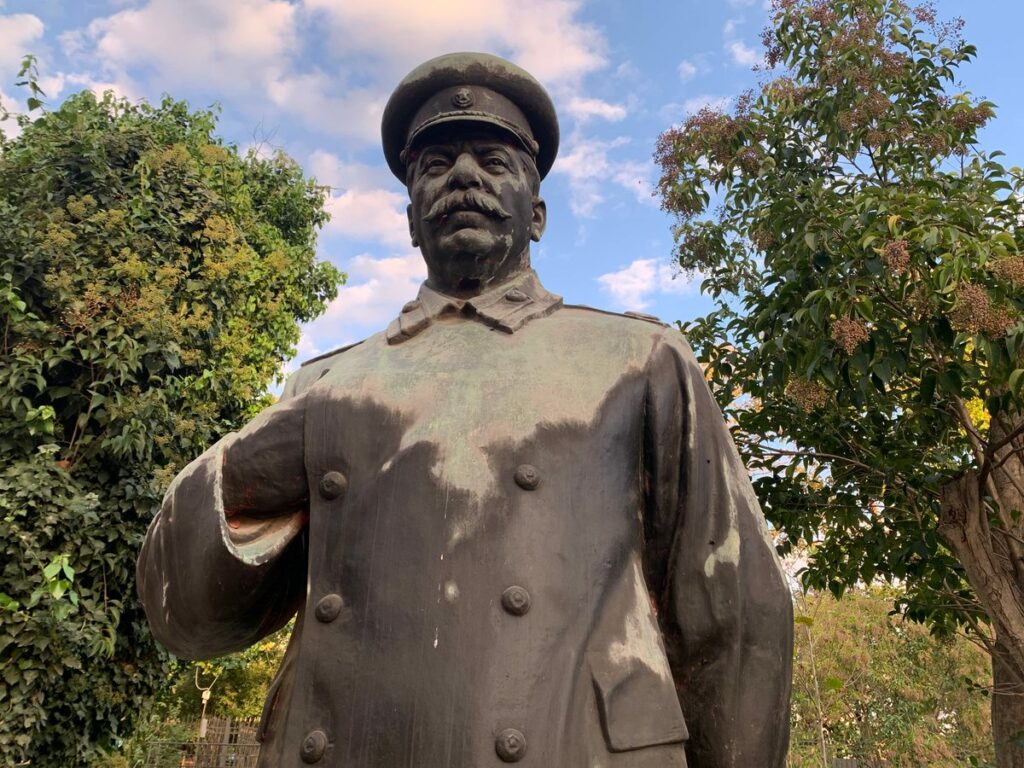 Lake Dushku, or as it is otherwise known, Water Lilies Lake, located near the village of Lenie, Gramsh at an altitude of 1105 m above sea level, has become a tourist destination in recent years. Lake Dushku represents a glacial lake with a length of about 800 m and a width of 400 m.

What makes it beautiful and unique are the large water lilies that are otherwise known as the symbol of life, passion, love and purity. Various species of fish are also found in the lake, which put on a wonderful display as they appear and disappear time after time near the lilies. It seems that this lake is very well preserved and the pine trees which are found on an area of about 12 ha, forming a very interesting lake and forest ecosystem, give it an even more beautiful view.

Spring and summer are the best time to visit this natural wonder. 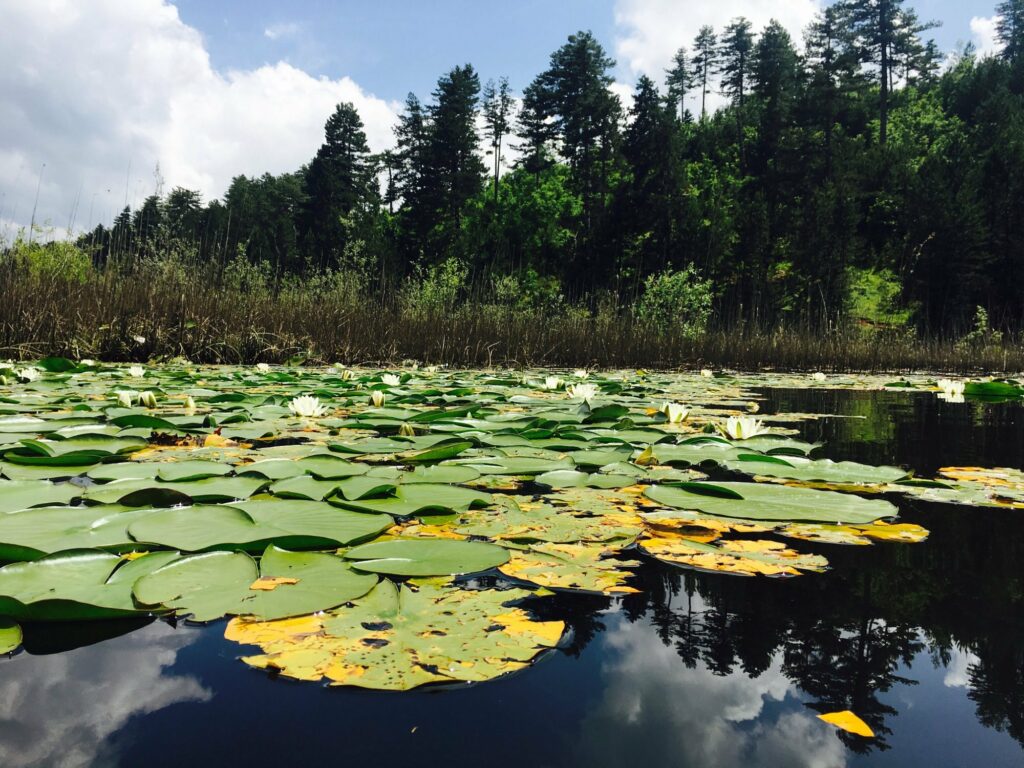 The Illyrian tombs of Selce, Pogradec

The graves of Selce are an extraordinary cultural asset that show the ancient human settlements on our land and testify to the traditional way of life in Illyria in the IV-III centuries BC. This area is very close to Lake Ohrid, almost 40 km from Pogradec. The tombs of Selca are royal and belong to the princes and princesses of the ancient city of Pelion. They are two-story monumental tombs embedded in the rocks on a beautiful green hill in the village of Selcë e Poshtme, Pogradec. For the first time they were discovered in the 40s and were fully excavated in 1971. The findings of archaeologists in the tombs of Selca were very interesting and exciting at that time.

There are a total of 5 graves in the area, four of which are inside the rock and another is isolated and located in a nearby field. The first grave belonged to a princess, who was buried with her golden accessories, such as earrings and a crown. All the elements found inside the graves are displayed to the public in the National Historical Museum of Tirana. 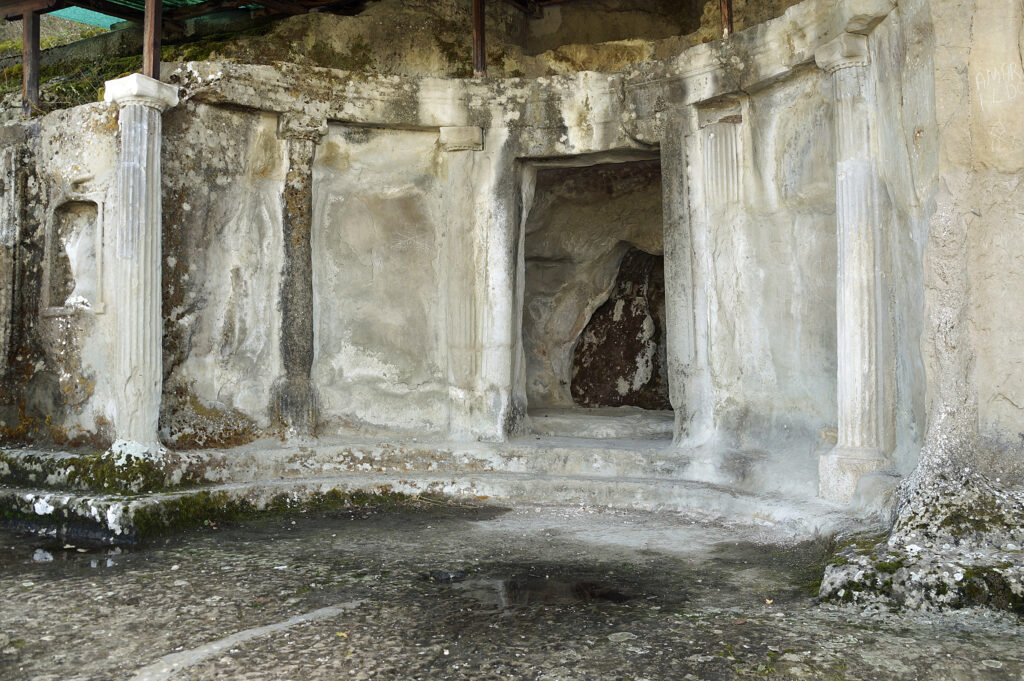 The legend says that the “Hole of the Bride” is related to the fate of a bride who was getting married against her will, but who was forced to follow the old custom. The groom’s people were going back home with the bride they had taken in another village and when they arrived at this exact spot the bride told them that “they were taking her to her husband against her will”, but the groom’s people did not answer. So she thought of her own escape plan. Praying to God, she turns tells to the rock of the canyon: “Open, oh rock, so I can save from this torment.” The rock heard her and it immediately opened a hole. The bride jumped off her horse and hid in this hole. The groom’s people returned to the village without her.

Later this hole began to be visited by young brides wanting to have children. The second legend is related to the strange shapes created by karst (dissolution) of limestone in water. 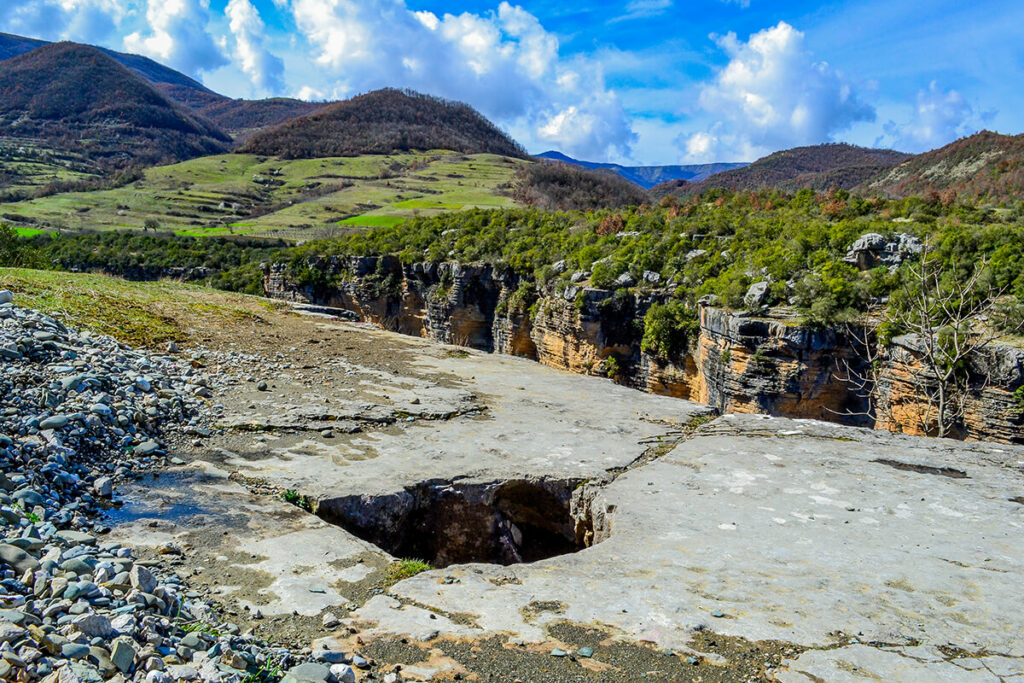 Which is your favourite site of these unique ones?