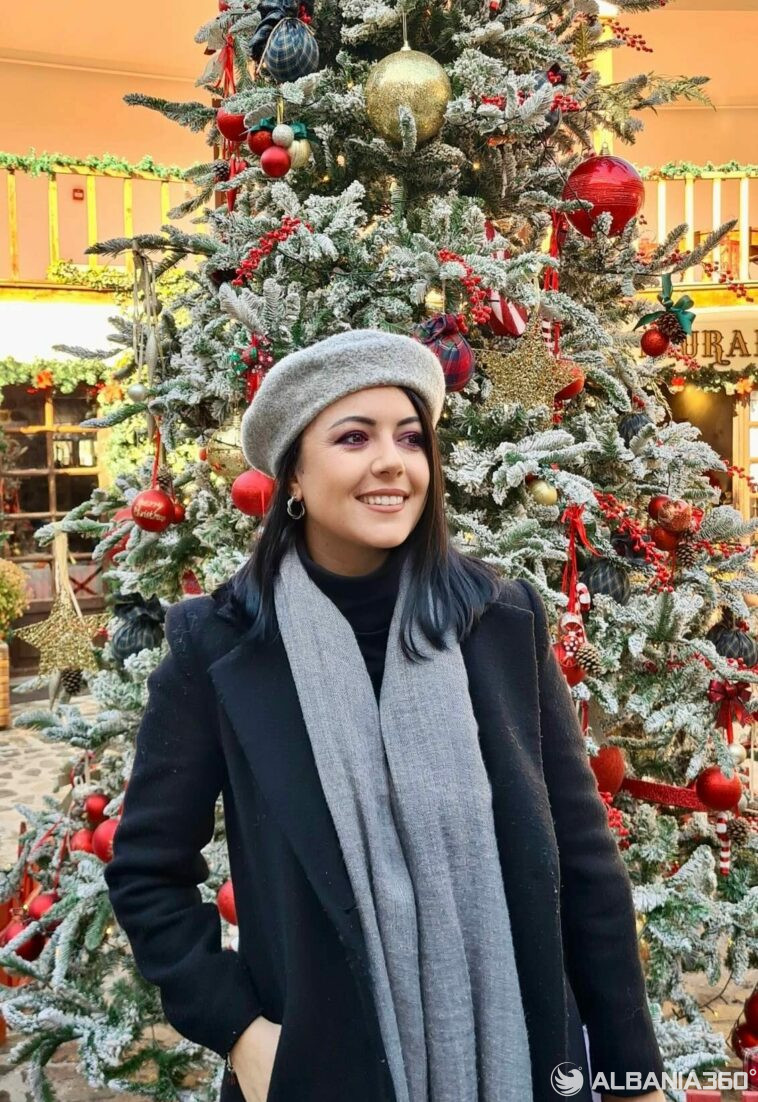 People usually mention Korça as a winter destination to enjoy the snow in the city and in the mountains, but there’s so much more to it than that. Since Christmas 2022 was sunny all over Albania and yet, Korça remained the most wanted destination, it definitely confirms my first statement.

Here’s 7 reasons why Korca is the first Christmas Destination in Albania:

The main symbol of Korça from 1992 is the Cathedral “Ringjallja e Krishtit” located in the centre of the city, a building that has hosted so many weddings and christenings in the name of Jesus, and so many celebrations of Christmas and Easter throughout all these years. Firstly influenced by the Greek Orthodox church and then helped from many missionaries from different countries that opened the first evangelicals churches within the city and in the villages nearby, Korça might be the city with more Christians (besides Tirana) hence this holiday makes more than sense to be celebrated loudly in a place where the birth of Jesus is the most important religion event.

2. Many events to choose from

The most special massive event of Christmas in Korça is undoubtedly the evening of December 24’th, when thousands of locals bring a candle from their home to their church, where they light it up, and then in a massive march they take it back home as a symbol of the light that Jesus Christ brought to the world, actually being the Light of the world. Other than that, Korça hosts a concert in the Old Bazaar, sponsored by the city hall, and then almost every restaurant organises a live music event on 24th and 25th December for everyone who wants to party, sing and dance.

If there’s a good reason to go back to the same place you spent holidays last time, it is the great hospitality provided. You can never have enough of that. Korça seems to be the perfect example of it as you usually meet professional staff, who know how to welcome and treat a guest. People of Korça have been traveling for centuries, studying and working abroad, and then bringing home the best of their experience, reflecting it on the bars, restaurants, hotels and shops all over the region. In some cases the staff is well trained, and in some others it’s just the friendly nature of people who make you feel welcomed and respected.

A good tourist experience is also based on the facilities provided. Firstly, the city and the villages around are easily accessible because of the good quality roads, that even in the snowy winter days will allow you to travel. Secondly, Korça is organised in a few busy areas like the Old Bazaar, the Republica boulevard, the tavern areas in Boboshtica, Dardha and Voskopoja, as well as the hotels following these traditional restaurants. So there is always a new go to. During Christmas, the cultural institutions remain opened to attend all the guest. You can visit the Museums, the galleries etc. Over all there are many attractions to discover.

The region of Korça is characterised by a cuisine dominated by meat and hot served food, hence it’s perfect for the Christmas season when everyone needs to warm up. There are hundreds of restaurants all over the region and yet new ones are opening and working successfully because of the good quality of the food that’s tasty to anyone no matter to what they’re used to before. Should be mentioned the Greek influence, but the most important dishes like lakror, petanik, and the grilled meat are traditionally from Korça and are loved from every visitor.

6. Preservation of the authenticity

Not only the architecture of the Old Bazaar speaks about the beautiful origins of the city. You just need to walk a few minutes through the narrow alleys of the old neighborhoods to understand the style and to notice that everyone has done their part to preserve the authenticity of the city. You will see it in the yards, in the balconies, in so many guitars found in guesthouses, bars and restaurants, waiting for the next serenade lover to sing a love song.

This Christmas, as I walked at least twice per day around the city, I noticed that every angel was decorated and lit up for the holidays to be felt from every window and balcony no matter where you were staying. The square in front of the Cathedral is considered as a starting point of exploration, so the larger tree is located there, as well as a ferris wheel, from where you can have a better view from above. Then the Old Bazaar has a beautiful lighted up entrance and a tree in the heart of it. As you walk toward the boulevards, you will also enter a lights show, so many ornaments and Christmas trees, for the spirit is always up in this city.