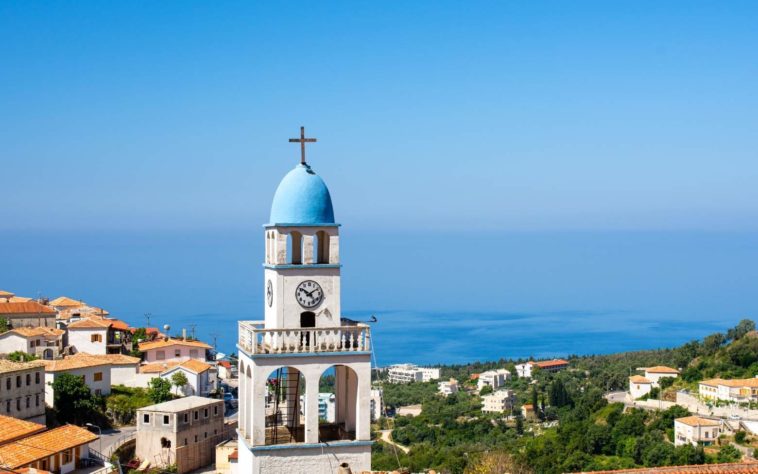 The south of Albania has had a significant influence of Greek customs and culture and this is evidenced by the numerous Orthodox churches for several centuries. Many of them are well preserved and you can see the old frescoes in them, while others have left behind only rubble and stones. Here are 16 churches and monasteries that you should find and visit when you are in the south. 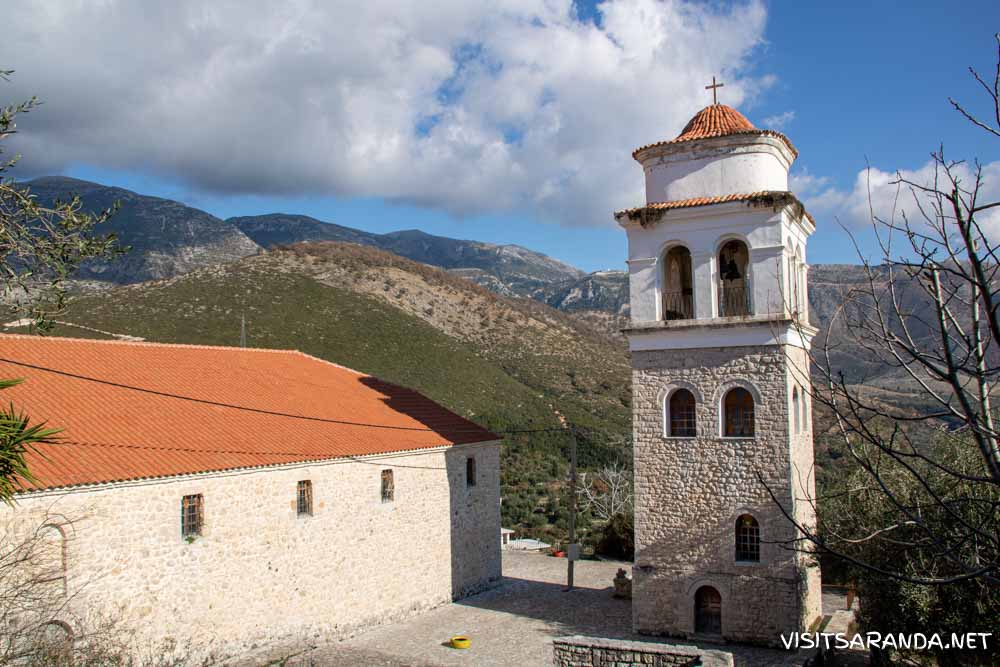 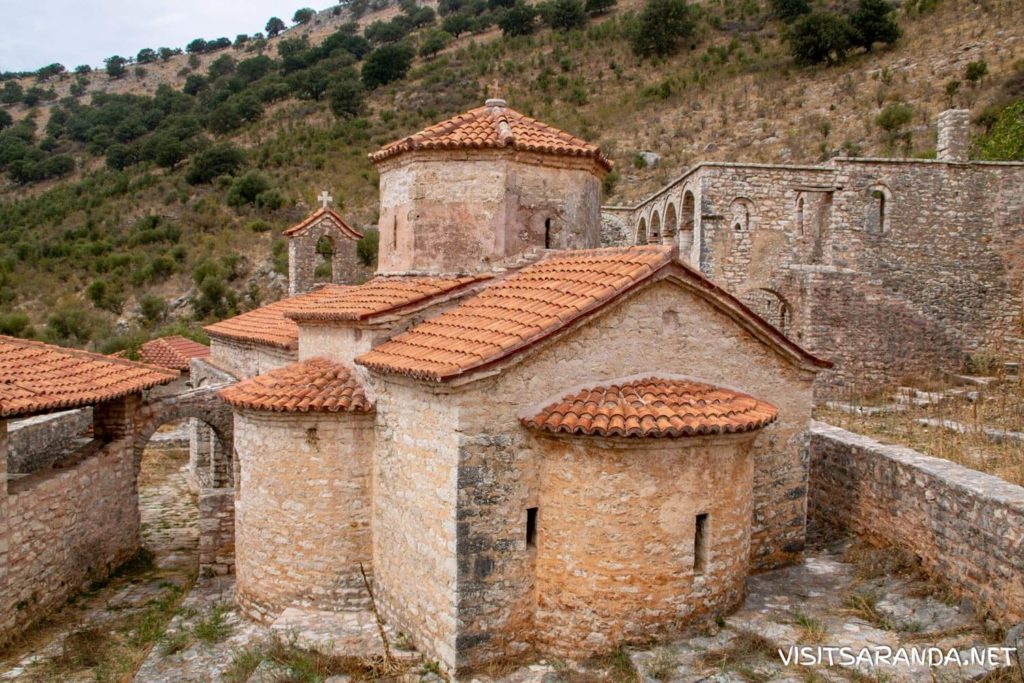 Monastery and Church of Saint Mary(Panagia) is a pure white building, located on the peak over the village of Drymades with a very distinctive architecture. The basilica type church with a Byzantine-style dome and a single nave was built in the 14th century. Its interesting frescoes stillin good condition were commissioned by the Archbishop of Himara and Delvina Ioannis in 1781. The old church of the Monastery serves as the communion area. 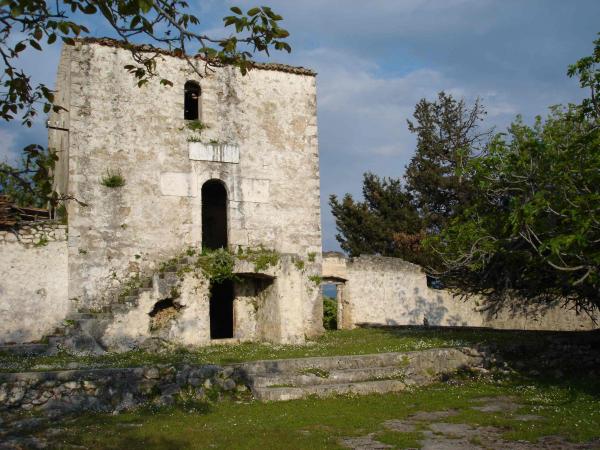 Through a cobbled alley that climbs the hill between Dhermi andGjipe reaches the Monastery of St. Theodore. This basilica, built in the 14th century, carries objects and history from different periods (in the time of communism it was used as a military base). The church of St. Theodore, rebuilt in 1882, has a simple architecture, with a wooden basilica roof, while inside it are various icons and the sanctuary carved in wood. 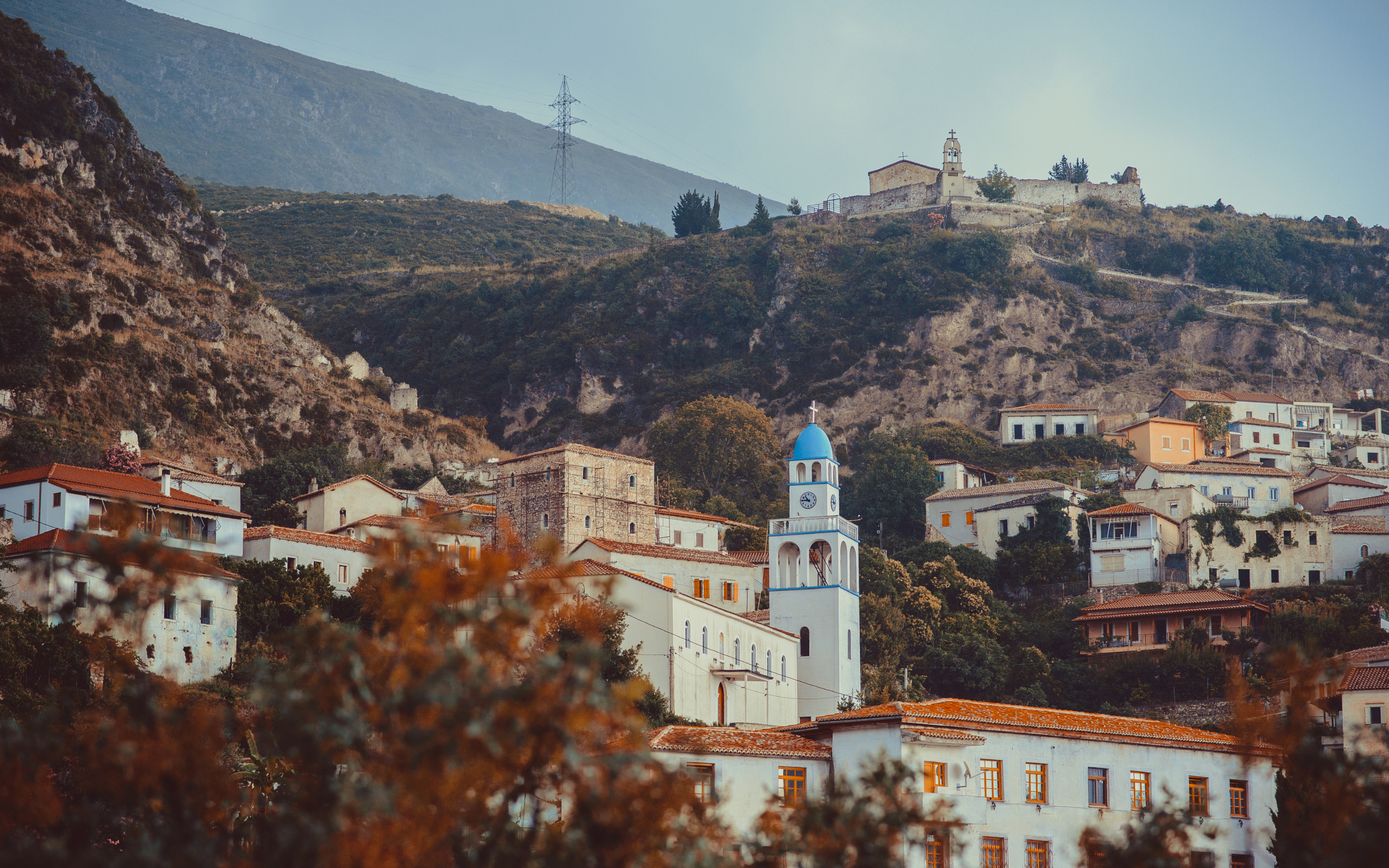 The Church of Saint Spyridon is a white church with a beautiful clock tower in the old town of Dhermi. The chuch is built on the slope of a hill and can be seen from afar, making it a characteristic landmark of the town.

5. Church of Saint Charalambos in Dhermi 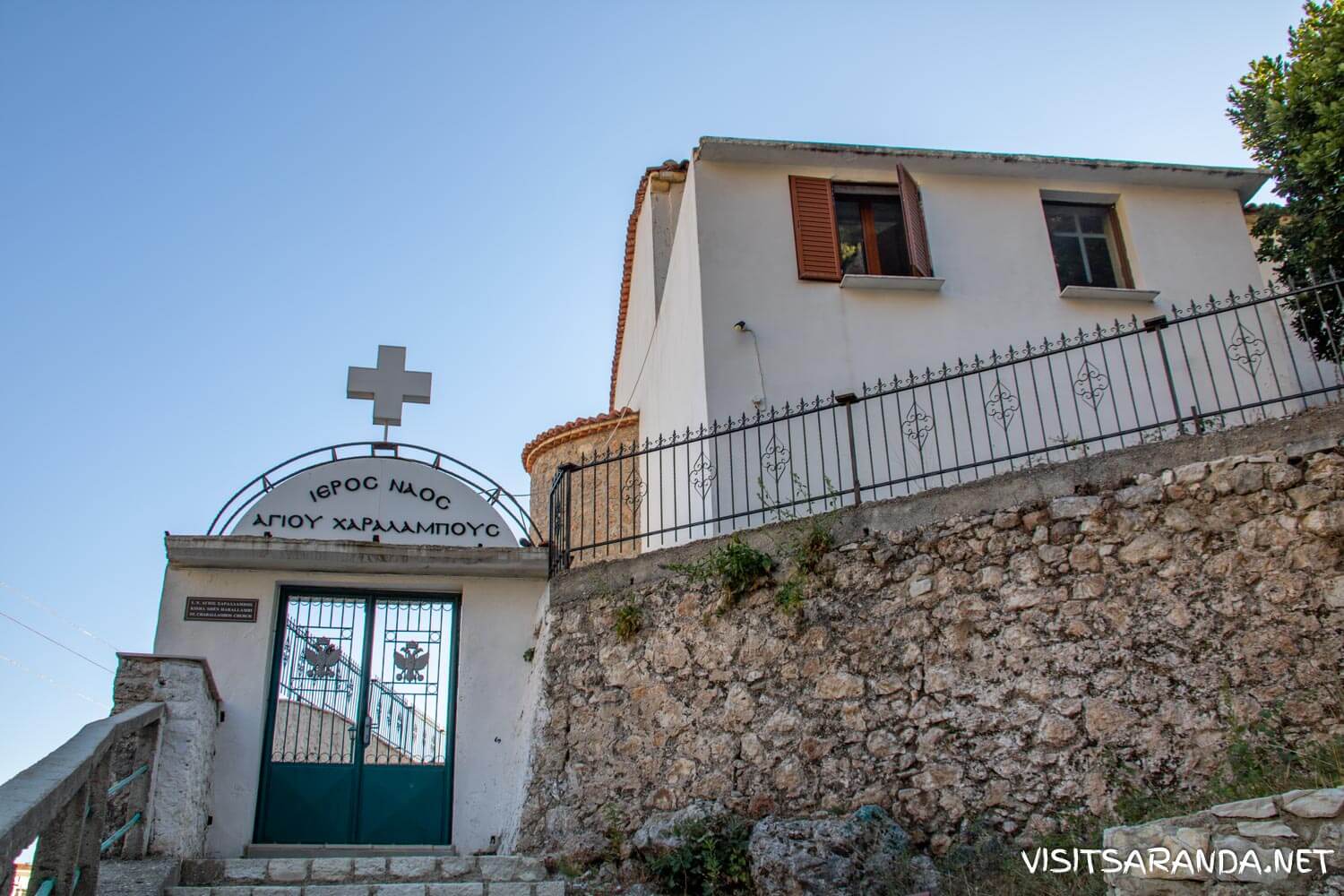 The Church of Saint Charalambos is an orthodox church in the village of Dhermi.

Not only churches, but all places of worship serve as cultural heritage and some of them have been declared cultural monuments. As the southwestern part has been more influenced by Christianity, the large number of churches testify to this. One of the most important is the Church of Saint Mary of Athali in Himara built on ruins. This facility also serves as a place of pilgrimage where every year on August 15 hundreds of believers gather to celebrate the Feast of St. Mary.

7.The church of Agia Paraskevi, Lukovë 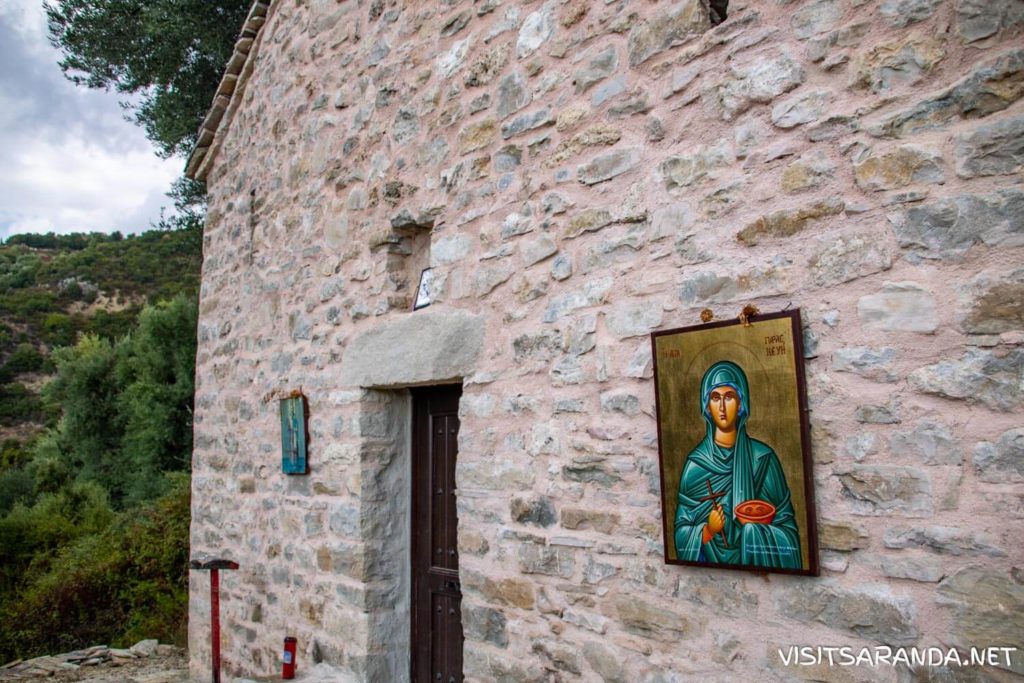 The church of AgiaParaskevi (Saint Friday) is located at the lower part of Lukove village, in a state of almost ruin.

8.The monastery of Akroriza, Himara

This monastery is situated about 2 km northwest of the Church and Monastery of Saint Mary of Kakome, inside the beach of Akroriza, built in the middle of the 14th century. The floor plan of the Church resembles a cross with a cupola and is similar to other Byzantine churches found in the area. The roof of the church is covered with stone slabs and the church itself dates tothe post Byzantine period, with frescoes painted by Mihal of the Jero village in 1672. 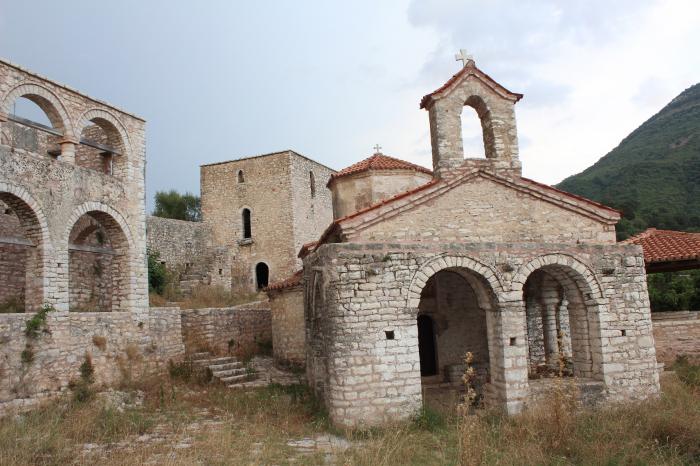 Monastery of St. Mary rises above the hilly plain inside the bay of Kakome, away from the inhabited centers. The monastery position and the architectural -constructive level of constructions are still attesting to its significance and values. The monastery complex consists of a tower, a two-story building used for service environments and the church dedicated to Saint Mary in the center.

The Church of Saint Mary of Kremosova that dates back to 1672, and is preserved in the center of monastic ruins.The church is a basilica with three naves. It features a cupola poised over a high cylindrical roof at the center of the hall and a two-story narthex on its west wing. The monastery is distinguished for the strategic and panoramic position of its construction. It can be visited by a pedestrian street about 20 minutes on the village of Piqeras. 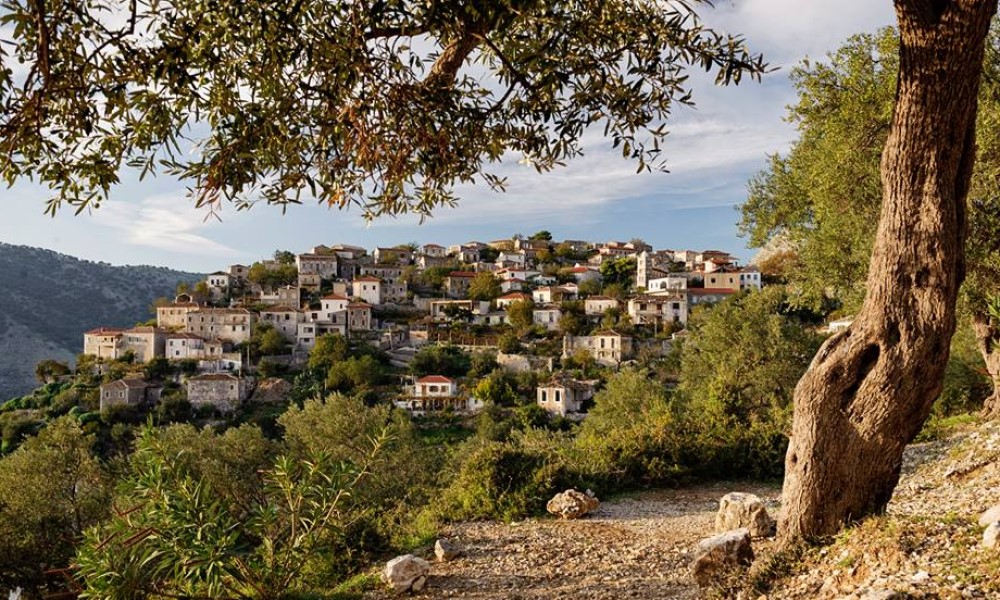 In the lower village of Qeparo is the monastery of St. Demetrius, white and rebuilt and the church of the same name. It is built inside an ensemble, where the school and church staff building is located. The monastery was built in its most complete form around the 1730s.

All the monasteries are distinguished for their typology for their unique architecture, butthe church of Ipapandis in Dhermi keeps in its “body” the works of the famous medieval painter Nikola. Its ceiling with carvings and floral motifs, intertwines with the conventional art of Nicole on its walls. These features have such a valuable artistic value, therefore the Institute of Cultural Monuments has taken care that this church is restored and maintained. 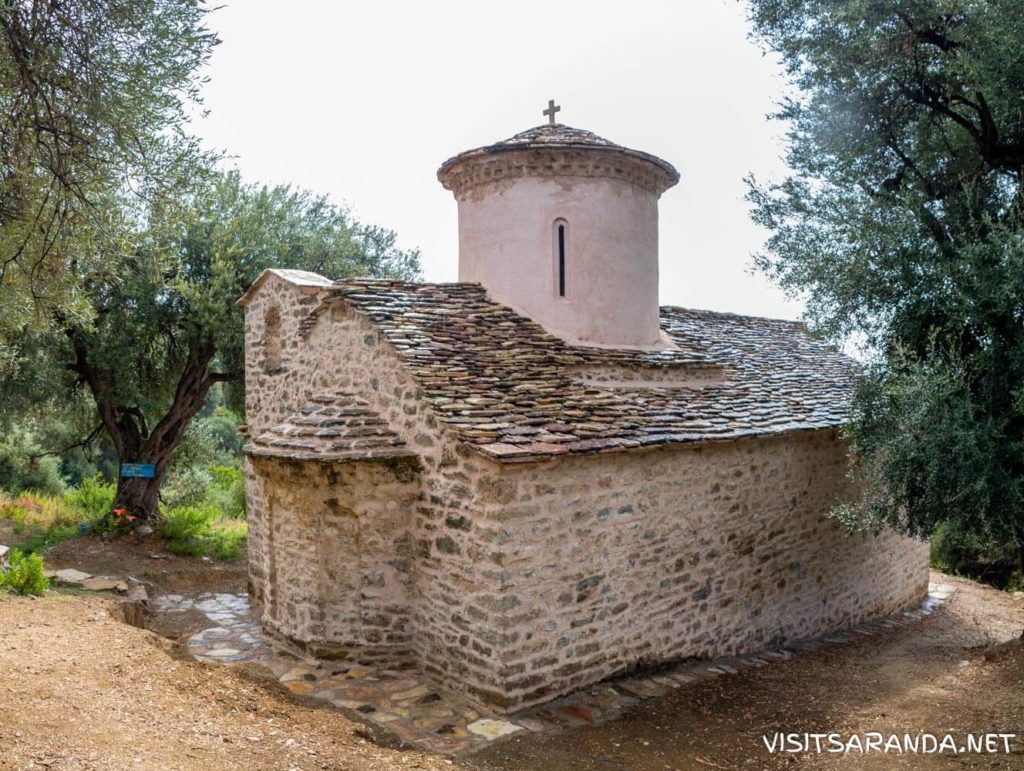 The basilica, which in Greek means “royal hall”, is the only form left to the Church of St. Friday in Lukova. Although time has “killed” its beauty, the olive landscape still adorns its head. 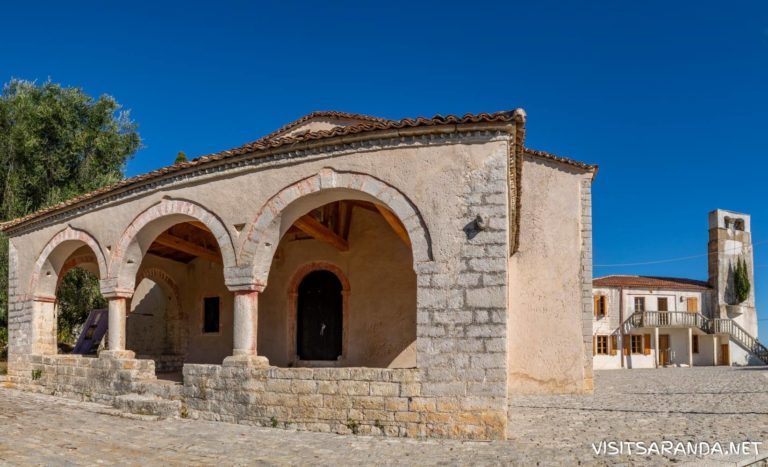 As the largest monastery in Vuno that lies in the southern part of the village, this church is considered a cultural monument of the first category. Surrounded by centuries-old olive trees, decorated with murals, with a flat ceiling (part of the basilicas of this nature) and with special architecture is one of the most interesting objects to visit. This church bears the name of the miraculous man who defended the Holy Trinity

Saint Kolli or Nikola is known as the saint of sailors and fishermen, so this church in Vuno is named after its patron saint. The walls and frescoes of this church have resisted the climate, constructions without criteria and the rape of the villagers for a long time, as evidence of a great and prosperous civilization. 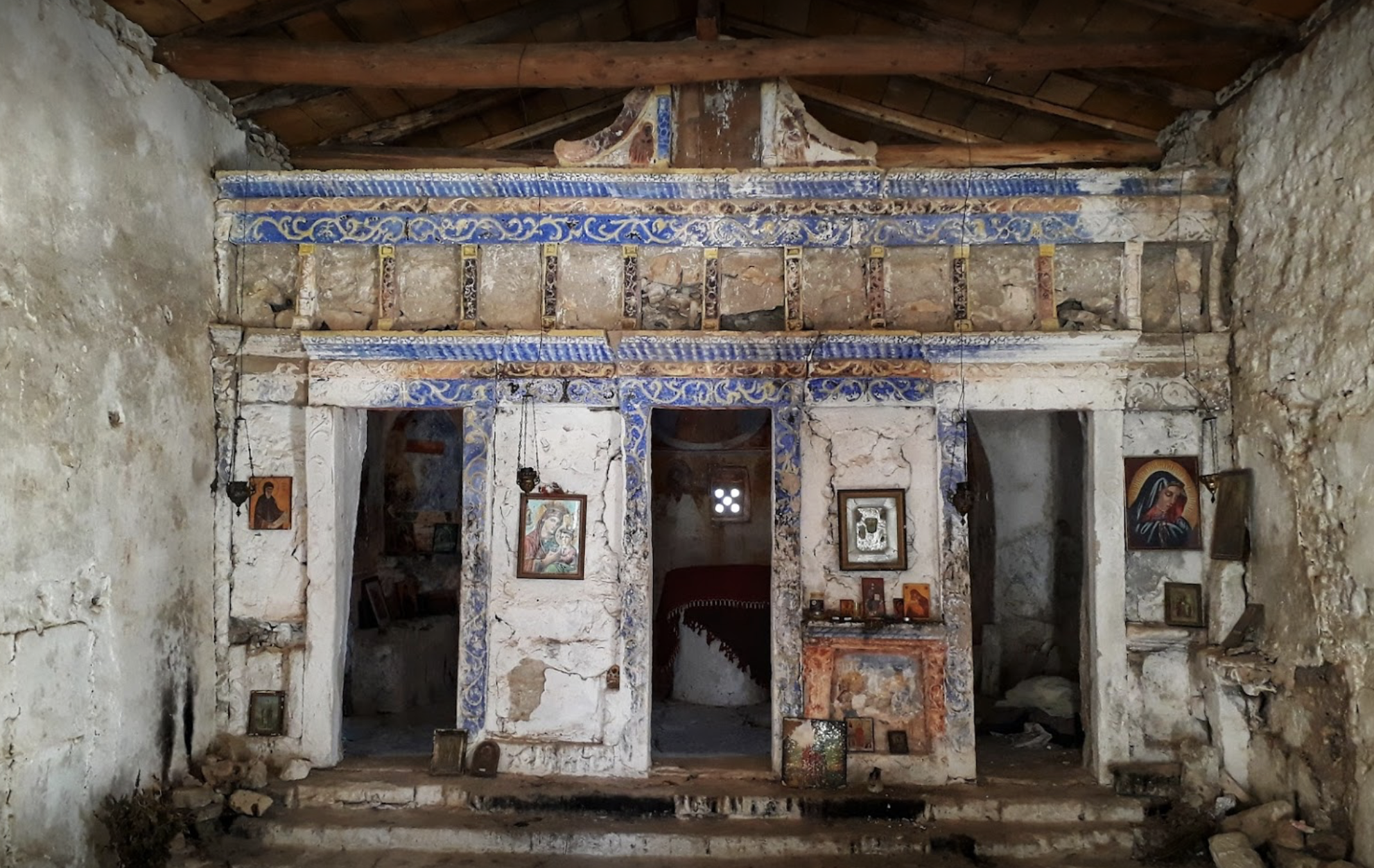 Built inside the walls of the castle of Himara is one of the most beautiful tourist attractions of this area, declared a cultural monument of the first degree. Various documents testify to the historical importance of this church since the 11th century. At the northern entrance of the church is a vaulted wall, in which the Double-Headed Eagles are carved. Likethe church of Ipapandis, floral motifs predominate in the decor of its icons.