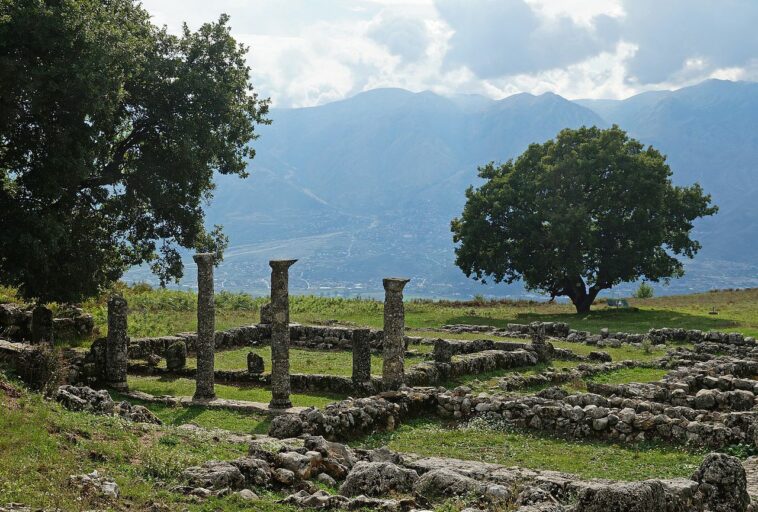 How many cities can you name, which are built in the name of love?
Whose walls have been built to honor the name of a girl who had won the heart of a king?
You may have heard something alike, but none like the beautiful story of Antigonea, the city that rose from love and was destroyed by hatred. This is the story that has traveled through the centuries and today, traces of time remind us. Antigonea was an ancient school town in the 3rd century b.c. It was a short-lived city that lived about 150 years. The founding of the city is associated with one of the most famous names of antiquity, King Pyrrhus of Epirus. When he was 17 years old after King Pyrrhus and ousted from the throne after an uprising against him, he went into the service of King Demeter of Macedonia, and later in honor of the Ptolemaic kingdom of Egypt.
He attracted the attention of the queen of Egypt Berenice, who has been selected among other princes to marry Antigone, one of the royal couple’s daughters. With the support of his wife Antigone, Pyrrhus raised money, army and returned to Epirus retaining the royal throne. Due to the gratitude to his mother-in-law Berenice and his wife Antigone, Pyrrhus rushed to establish two towns by their name: Berenica and Antigonea.  The first was in Thesprotia, while Antigonea in Antitani.
Antigonea was founded in 295 p.e.s. The city became a proper center, due to the control of the Drinos valley which is called the Straits of Antigonia. But now that so much time has passed, and the centuries have covered the ruins with dust and oblivion, can we find traces of this city? 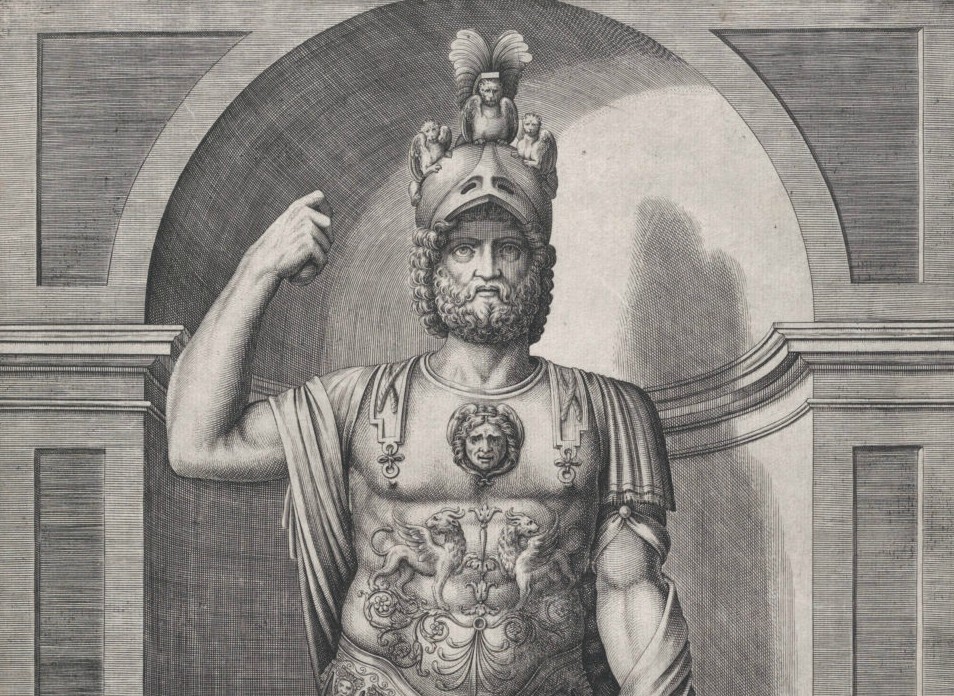 In fact, the first excavations in the city were undertaken on the eve of the First World War. In the ancient city, several dwellings of different types were discovered, which belonged to the commercial-craft strata of the city. Rich archaeological findings testify to the high degree of culture and well-being of the city. The Paleo-Christian Church of Antigonea is a triangular-shaped church of the V-VI century. It is distinguished by the mosaic discovered in it, which depicts a figure with a human body and a dog’s head. This figure is identified with St. Christopher and is the oldest example of this iconographic representation. 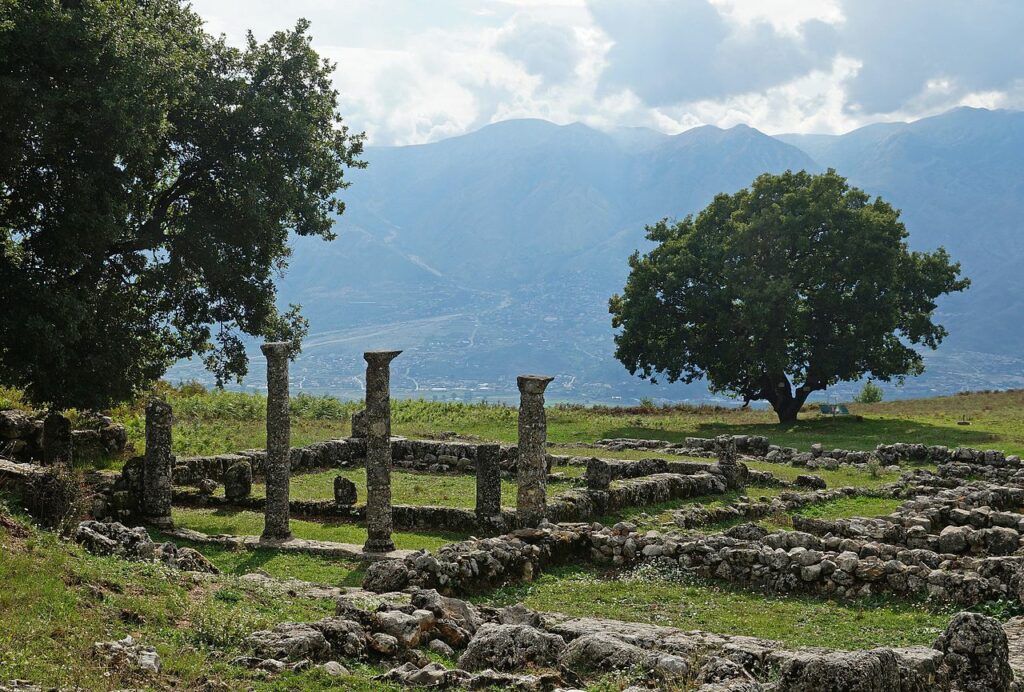 The city survived less than 2 centuries, burned within a night by the order of the Roman general Aemilius Paulus, as revenge against Pyrrhys. The ancient city of Antigonea is situated between two peaks connected by a narrow pass. The peak in the northern part is 700 m high above sea level and has a small field on top, while the southern peak is 600 m high and is formed by a series of folded terraces.

What distinguishes Antigoneia from most other ancient cities is its quadrangular and quite modern urban plan. The ancient city was surrounded by solid walls about 4000 m in length, protecting the city on all sides. The highest hill is connected with the settlement by a 4 m wide corridor between two parallel walls. The latter are 3.50 m thick and up to 3 m high. The fortifying walls and those of majority of houses discovered until now are made of huge and medium size blocks of lime stones extracted from the mountain of Lunxhëria. The surface area of the city, within and outside fortified walls, is estimated to be about 60 ha, while the Archaeological Park has a total surface area of 90 ha. According to archaeologists and experts of antiquity, the Drinos valley in Gjirokastra district has an extremely high number of archaeological sites and ancient settlements. Thus far, about 20 sites have been identified, including ancient cities and fortifications, monumental tombs, ancient temples, and theaters. They stretch from the extreme south of the valley on the frontier with Greece, up to Lekël in the northern part of the valley. In this context Antigoneia is undoubtedly the main center of the area’s ancient civilization.

Antigoneia is situated at a dominant point on the hill of Jerma, southwest of the village Saraqinishtë, 14 km by road from the city of Gjirokastra.
The park is open every day from 8.00-16.00. The ticket is 200 ALL.
During the National Festive days, the entrance is free

If you want to learn more about this tourist attraction, in addition to having to visit the city, you can take part in the Argjiro folk festival, where historians and scholars of local culture will explain more about Antigonea. The festival usually takes place in September and starts from Gjirokastra, to be further distributed in the suburbs.